On February 14, 2019, EPA and the U.S. Army Corps of Engineers published a proposed rule revising the definition of “waters of the United States” (WOTUS) to redefine “federal authority under the Clean Water Act.” The proposed rule is the second part of the Trump Administration’s two-step process to repeal and revise the Clean Water Rule adopted in June 2015. The 2015 rule is currently in effect in 22 states as the courts sort out numerous challenges.

The proposed rule would define waters of the United States to include: “traditional navigable waters, including the territorial seas; tributaries that contribute perennial or intermittent flow to such waters; certain ditches; certain lakes and ponds; impoundments of otherwise jurisdictional waters; and wetlands adjacent to other jurisdictional waters.” Adjacent wetlands are defined as “wetlands that abut or have a direct hydrological surface connection to other ‘waters of the United States’ in a typical year.”

The proposed rule excludes all waters or water features not expressly included. It also excludes ephemeral streams (“surface water flowing or pooling only in direct response to precipitation”) and wetlands without direct surface water connection to perennial or intermittent tributaries. The proposal asks for specific comment on whether or not intermittent streams (“flowing continuously during certain times of a typical year, not merely in direct response to precipitation, but when the groundwater table is elevated”) should be included in the final rule, so the proposed scope of federal regulation could shrink further in the final rule. 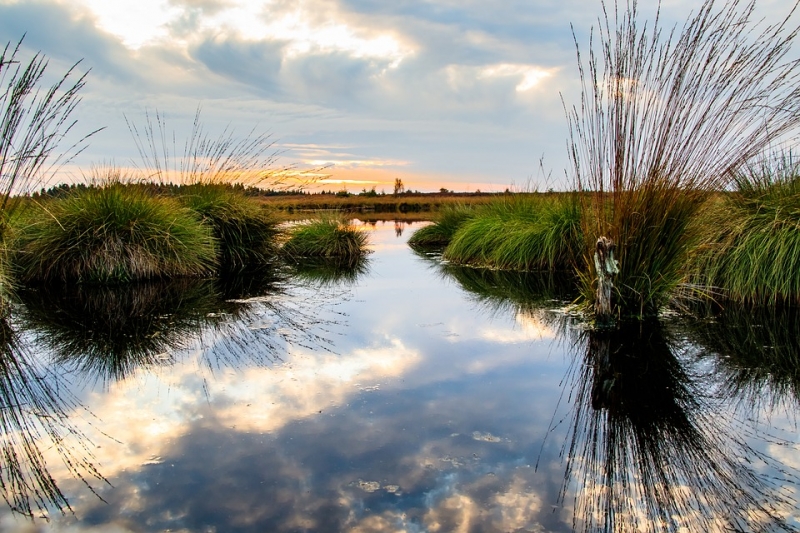 The proposal states that the agencies are unable to quantify the effect of changes to existing environmental protection (under either the Clean Water Rule or guidance documents dating back more than a decade) that would result from adoption of the new rule. However, according to some projections, the proposed changes could remove federal protections from 51% of wetlands nationwide as well as 18% of streams. In another analysis, St. Mary’s University GeoSpatial Services has recently released the results of a modeling study that indicates significant losses in protection for streams and wetlands (and associated ecosystem services) with a narrowing of the definition of protected waters.

The preamble to the proposed rule and its supporting documents emphasize the role states play in protecting clean water and assumes that many states are likely to fill the gaps in response to changes in federal jurisdiction. It is true that every state does have some authority (or at least the power to legislate) to regulate activities that affect “waters of the state,” however defined. This may include wetlands that would be most affected by the proposed rule. But, currently less than one-half of the states have their own permitting programs for freshwater wetlands.

Under §401 of the CWA, states are authorized to review applications for federal permits for activities that may result in a discharge to a water of the United States to ensure that they do not violate the state’s water quality standards. In 20 states, §401 certification provides the primary or the sole mechanism by which states regulate activities in freshwater wetlands. Wetlands that are no longer subject to federal permitting will not come within a state’s §401 review process.

An additional seven states have very limited or occasional coverage. For example, six states have stream or floodplain statues. One additional state may on a case-by-case basis require approvals for projects in wetlands that are not federally jurisdictional. Many of the wetlands no longer covered as a result of changes in federal protection would also be generally unprotected in these states.

For some of these 23 states, especially those with comprehensive coverage, changes in federal protection may have less effect on the protection of resources. However, several states with permitting programs have recently moved to pull back on state protection and many resources could be left unregulated with changes in federal jurisdiction. For example, Wisconsin has acted to remove permitting requirements for certain activities in wetlands in “electronics and information technology manufacturing zones,” as well as permitting requirements for urban wetlands under one acre and rural wetlands under three acres under its isolated wetlands law. In the late 2018 lame-duck session, the Michigan Legislature passed restrictions narrowing the coverage of its state wetlands law. And, over the past five years, North Carolina has rolled back the types and size of wetlands covered under its isolated wetlands law, removing protection from a substantial proportion of the wetlands once covered under state law. North Carolina also passed a law barring the state from passing state protection that is more protective than federal regulations.

Further, even where states have permitting programs, loss of federal partners will leave implementation gaps that will need to be filled by state expenditures of taxpayer funds. For example, the federal government is key in delineating jurisdictional waters. If the federal government pulls back on this role, states would be left to fill the gap, which will require additional technical and scientific expertise.

Most of the existing state programs were adopted some decades ago, and it seems unlikely that many states will move quickly to expand protection to cover resources left unprotected under the proposed rule, at least over the short term. Establishing new state programs would require large investments in resources and staff. Minnesota’s relatively robust aquatic resource regulatory programs employ at least 22 people, for example, not a level that could be rapidly matched elsewhere. Other states, such as Iowa, have only one or a few staff covering the regulatory program. And, building programs takes time. In March, California is expected to finalize new procedures “to strengthen protection of waters of the state that are no longer protected under the Clean Water Act” and improve consistency “in requirements for discharges of dredged or fill material into waters of the state”, 10 years after the state began work on the policy. Further, in some states, legal restrictions may impede the adoption of regulations to expand protection beyond the new federal baseline.

The environmental impact of the new definition will depend on state response. EPA and the Corps should seek a better understanding of the states’ own projections of the economic and environmental effects of the proposal.