The Trade of Bats: Current Issues and Potential Solutions

The trade of bats is an issue that has been brought to the forefront during COVID-19, a zoonotic disease outbreak that likely originated in wildlife trade and may even be linked to bats. However, we still lack sufficient understanding of the issues involved with bat trade at both the national and international levels.

Bats are mostly locally traded in countries that hunt bats for their bushmeat. These countries are mainly located in Africa, Asia, and Oceania. In some cultures, bats are a common food source; in others, they are considered a delicacy. They are hunted via various methods and may be transported through organized networks before being sold in markets. 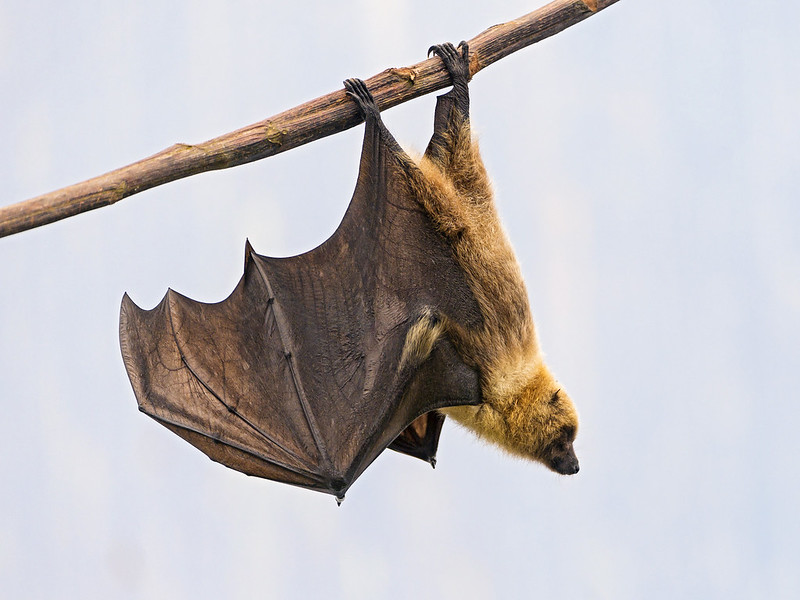 Recent reports have shown that bats are also traded internationally—and not just between countries that consume bat bushmeat. The United States imports thousands of bats every year from Asia that often end up for sale on the internet for decoration or research purposes.

Bat trade often exacerbates other anthropogenic stressors and negatively affects bat populations and habitats. Overhunting can lead to bat populations becoming at risk of extinction—a risk that has become reality for several bat species already. This harms the environment, as bats play a very important role in ecosystems. They serve as pollinators, controlling insect populations, and performing other essential functions. Without bats, serious cascading effects are likely to happen. This is even more of a concern in certain islands where bats are keystone species.

In recent decades, bat trade has also been linked to disease outbreaks in humans, including SARS, Nipah, and Ebola. Bats may even be the source of the current COVID-19 pandemic. These diseases are usually passed through an intermediate species before reaching humans. Disease spread between animals is very common in wildlife trade, and yet not nearly enough prevention measures have been implemented, even after dangerous spill over events in human populations.

The legal frameworks on bat trade are often lacking, very fragile, or limited. National laws for protecting endangered bats in countries with high levels of bat trade are limited and lack adequate enforcement. No treaties currently exist to monitor domestic trade, which presents a huge roadblock as the trade of bats is mostly local. National disease inspection laws that could prevent dangerous disease outbreaks are also lacking worldwide.

International wildlife trade is regulated by the Convention on International Trade in Endangered Species of Wild Fauna and Flora (CITES), which prohibits certain endangered species of bats from being traded internationally. However, CITES is primarily concerned with conservation and has faced challenges with monitoring wildlife trade. Furthermore, the agreement does not prevent illegal trade.

In order to protect bats from overhunting, monitor bat trade, and prevent disease spread between species, countries should work to fill current gaps in policy and enforcement for wildlife trade. National laws for protecting bats in countries with high levels of bat trade need to involve proper enforcement and guidelines for sustainable hunting. Complementary solutions might include implementing educational programs and finding sustainable alternative sources of income for hunters. For more effective monitoring of national laws, a convention similar to CITES focusing on domestic trade could be created. Worldwide, disease inspection and prevention laws are needed to prevent disease spread between species. Another possible step is creating a new convention to monitor wildlife trade that focuses on disease transmission and welfare.

Like all wildlife trade, bat trade is a serious environmental and health concern that receives far too little attention. Though addressing this issue may present some challenges, gradual solutions are feasible. Now more than ever, we need to recognize and work to prevent the risks associated with the trade of bats and other wildlife.