Earlier this year, the Environmental Law Institute hosted a webinar on cultural fire management—just prior to yet another devastating fire season across the West Coast of the United States. The discussion highlighted the millennia of Indigenous peoples’ sustainable forest management practices, drawing a sharp contrast with the consequences of over a century of federal fire-suppression policy, now exacerbated by climate change. That discussion now prompts a deeper conversation about options available to Indigenous tribes for regaining their stewardship role over forest resources on their traditional lands. 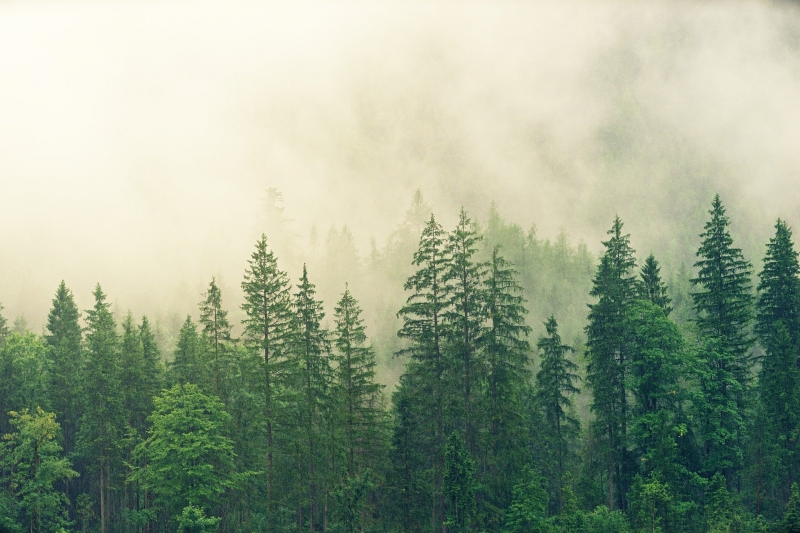 Indian forests and woodlands today comprise nearly 19 million acres, or one third of the total 57 million acres of Indian land held and managed in trust by the federal government. These lands are critical to many tribes’ economic development. Indian forests provide more than $40 million in annual tribal governmental revenues and sustain 19,000 jobs in and around tribal communities. They also contain key subsistence, cultural, and spiritual resources.

But millions more acres are ceded ancestral lands, now under federal and state control. Given that Indian tribes and the U.S. Forest Service share roughly 2,100 miles of contiguous boundary, what opportunities exist for tribes to exercise stewardship—even if restricted from exercising true sovereignty—over these critical resources now under federal jurisdiction?

The Reserved Treaty Lands Rights program, falling under the Bureau of Indian Affairs’ Branch of Wildland Fire Management, enables tribes to collaborate with non-tribal landowners on projects to protect natural resources in ancestral areas that are highly vulnerable to wildfires.

There also exist innovative options outside of federal agency programs, such as tribal participation in the carbon credit market, which could generate tribal income while promoting sustainable management of forest lands and mitigating greenhouse gas emissions.

The latest opportunity is the recent extension to tribes of good neighbor authority (GNA)—which originally enabled federal forest agencies to enter into agreements with state forest agencies to carry out restoration projects on federal land. The Forest Service piloted GNA in Utah and Colorado in 2000 and 2004, respectively, and made the program permanent in 2014. GNA authorized the Forest Service and BLM to enter into agreements with state foresters to carry out forest, rangeland, and watershed restoration, management, and protection services on Forest Service lands. In 2018, the Native Farm Bill Coalition—a group of “more than 170 tribes, Native organizations, and allies”—successfully pushed to ensure that 60 tribal priorities were incorporated into the latest version of the 2018 Farm Bill. This included extending GNA to tribes.

So far, only three tribes are taking advantage of GNA for projects addressing wildfires, pest control, climate change vulnerability assessments, and cultural resource protection—although many of these projects were placed on hold due to COVID-19.

In Alaska, the tribal consortium Chugachmiut is partnering with the Chugach National Forest to carry out fuel mitigation activities and counter a spruce beetle outbreak. One key driver of this collaboration was addressing a critical shortage of training opportunities for Yukon Fire Crew leaders. Through this initiative, crew members will be detailed to Chugach National Forest’s brush engines to obtain that needed experience. The project was delayed due to COVID-19, but Chugachmiut launched on-the-ground efforts in October.

Similarly, the Yurok Tribe in California is leveraging GNA to route federal climate change planning and research funding to collect tribal historical forest data. The tribe will incorporate that information into a climate model to run projections, focused primarily on wildfires on the checkerboard reservation. In order to promote forest landscape conditions that are more resilient to climate-related disturbances, researchers will evaluate Yurok forest management practices that are informed by traditional tribal knowledge.

The Pueblo of Jemez in New Mexico has focused on fire, riparian areas, and cultural protection in the Santa Fe National Forest. Thousands of archeological sites are located in these ancestral, forested lands that are considered high wildfire risk areas. This project, however, is currently on hold due to a lawsuit—which was recently resolved at the end of October—against the Forest Service over protection of the Mexican spotted owl, which has affected forest management activities in the general region.

More widespread tribal adoption of GNA confront two identifiable obstacles. The first is a lack of widespread awareness of this potential for collaboration. In the three cases of tribal use of GNA to date, the Forest Service approached the tribes rather than the other way around. The federal agency suggested GNA primarily as a vehicle for delivering funding to tribes to circumvent complicated bureaucratic processes associated with other options.

The second is the exclusion of tribes from the 2018 Farm Bill’s revenue retention provision, which removes a financial incentive to use GNA. Although the tribal projects presently under GNA focus not on timber production but on non-revenue generating activities—such as cultural surveys, weed abatement, and hazardous fuel reduction—tribes remain denied an important source of funding which could defray the cost of these activities. This lack of funding may prove a sticking point for particularly cash-strapped tribes looking for a sustainable source of funding. A pending bill, the Treating Tribes and Counties as Good Neighbors Act, would enact a technical fix to authorize tribal and county revenue retention.

Moving forward, GNA offers an additional opportunity—and a new source of funding—for tribes seeking to reassert management over their traditional lands. The Farm Bill also opens the door for greater tribal control in the future, by authorizing a pilot program expanding 638 self-determination contract authority to forest projects under the Tribal Forest Protection Act.

The end goal is to promote tribal sovereignty, enhance collaboration between tribal, federal, and state government, and ultimately advance better forest stewardship, all while safeguarding critical cultural resources for generations to come.

Editor’s note: This post originally appeared on the Regulatory Review online blog on December 7, 2020, at Reasserting Tribal Forest Management Under Good Neighbor Authority | The Regulatory Review (theregreview.org) and is reprinted with permission.