Public Participation at a Distance: Engaging in Gulf Restoration Processes During the Pandemic

Public meetings are a fundamental component of many policymaking and planning processes, including the natural resource damage assessment (NRDA) process that aims to restore the Gulf of Mexico ecosystem and the permitting and environmental review procedures for individual projects. Under the NRDA governance structure, the trustees are required to hold annual meetings, and since 2016 the Trustee Council has held a public meeting in the Gulf region every year as a way for the public to engage in restoration. This year, given the public health crisis throughout the Gulf states and around the United States, the trustees have adjusted their plans: on July 16, the Trustee Council will hold a virtual public meeting via webinar.

The NRDA Trustee Council is not the only government entity that is facing decisions about how to proceed with public participation in these uncertain times. This blog explores how other local, state, and federal agencies across the country have been testing out virtual public engagement options, developing guidance, and releasing new, pandemic-specific participation policies.

How Agencies Are Engaging With the Public During the Pandemic 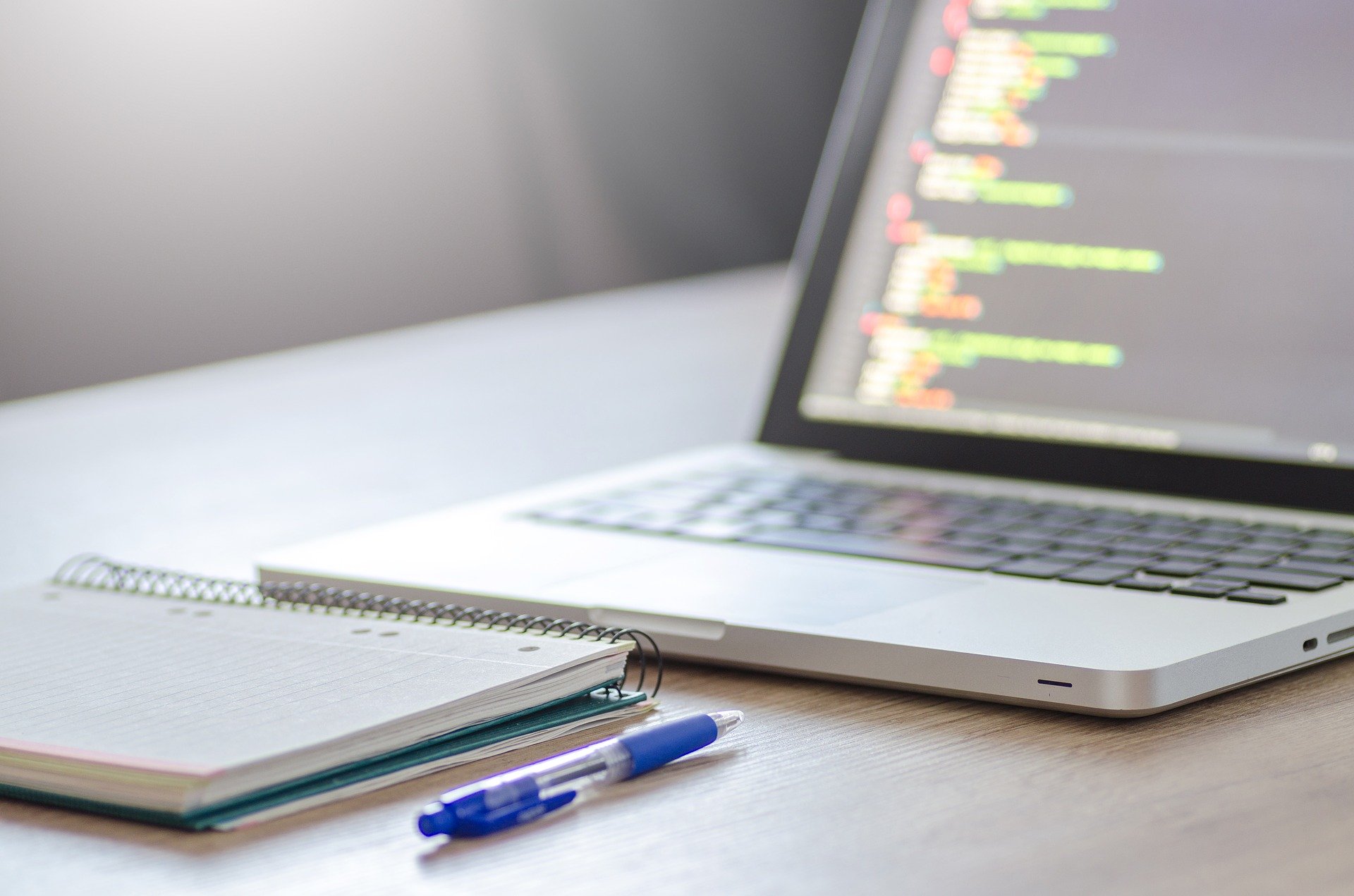 When the coronavirus began spreading throughout the United States earlier this year, many public meetings were postponed or cancelled. Now, several months later, agencies are grappling with how to advance their work and foster meaningful public participation without exposing people to a highly contagious virus. Given the multitude of impacts COVID-19 has had not only on public health, but also on education, the economy, employment, and social welfare more broadly—as well as responses to recent acts of racial injustice, the onset of disaster season, and more—many stakeholders may not have time, resources, or energy to engage in these planning processes. Further, COVID-19 has had disproportionate impacts on communities of color and low-income communities, many of which are already inequitably burdened by environmental harms that often stem from projects and rules under agency consideration. Proceeding with public meetings, held during a time when or in such a way that impacted stakeholders are less likely to be able to voice their comments and concerns, raises significant environmental justice issues. At the same time, agencies are duty-bound to engage with the public and find ways to fulfill their obligations to consult with communities.

While some of the new approaches being tested around the United States have seemed to support meaningful participation, others have been less effective and caused frustration among interested parties, leading to petitions and lawsuits. Different methods employed so far have revealed important considerations to evaluate prior to holding remote public meetings, and highlighted some specific approaches for improving accessibility.

In light of the pandemic inhibiting traditional forms of participation, by preventing in-person meetings and by making it more challenging for stakeholders to access information and gather to discuss their concerns and formulate comments, many groups are asking that public comment periods be extended and meetings and decisionmaking be postponed. Many entities (including states) have called on various agencies to extend public comment periods and/or postpone decisionmaking until after certain milestones indicating that the impacts of the pandemic are subsiding. Some agencies have postponed or allowed for the postponement of non-essential meetings (in some instances, existing open meeting laws require in-person meetings), while others have proceeded using remote alternatives.

For example, the New Orleans and Los Angeles Districts of the U.S. Army Corps of Engineers have both suspended public meetings due to the pandemic. Louisiana’s Department of Environmental Quality similarly postponed all public meetings already on the calendar, and announced it would refrain from scheduling additional meetings for the time being.

Other agencies have remained open to the use of virtual meetings. The U.S. Department of the Interior (DOI) allows its bureaus to facilitate virtual public participation for National Environmental Policy Act (NEPA) purposes via livestreams, teleconferences, virtual meeting rooms, and more. The U.S. Environmental Protection Agency (EPA) also allows public meetings to be held virtually. DOI and EPA each drafted guidance on important considerations and best practices for virtual meetings.

Some agencies have adopted a combination approach—allowing meetings to be held remotely, while simultaneously cautioning officials to consider postponing meetings when virtual options will not allow for effective participation. Aside from the District Office decisions mentioned above, the Corps is being encouraged to adhere to regulatory time lines and go forward with meetings as planned, albeit virtually, unless doing so would prevent it from receiving meaningful public feedback. The state of Wisconsin also is permitting virtual meetings so long as they are “reasonably accessible to members of the public.”

Based on existing guidance and policies, the decision of whether to postpone a meeting or go virtual should be case-specific. If a meeting must be held by a certain date to comply with regulations, or serves an essential purpose that would be interrupted if the meeting were postponed, a virtual meeting may be appropriate. On the other hand, if going virtual would negatively affect who can attend and how the public engages with decisionmakers, the meeting should be postponed. Ultimately, agencies have to determine which option will best keep members of the public and employees safe, ensure equitable and meaningful opportunities for public participation, and allow them to fulfill their mandates.

Some parties have voiced complaints about agencies proceeding with virtual public meetings despite stakeholder requests that they be postponed due to widespread hardship in communities impacted by the pandemic and lack of phone and Internet access. For example, the Bureau of Land Management (BLM) hosted several virtual public meetings regarding its draft Farmington Resource Management Plan Amendment and EIS, which discusses expanding oil and gas development across 4.1 million acres of land near the Chaco Culture National Historic Park in New Mexico, despite receiving multiple letters requesting that the public engagement process be postponed. The agency did later extend the comment period, originally set to end May 28, by 120 days.

Others have noted that the Administration has declined to grant extensions of public comment periods on various federal actions, while itself requesting additional time to prepare materials in ongoing legal proceedings due to the pandemic. This has led some to speculate that the Administration’s eagerness to complete numerous agency actions prior to upcoming elections may be driving the denials of some requests for postponement, and that it is using the fact that many people are preoccupied by the pandemic and unable to participate in planning processes to its advantage. Federal agency officials have countered that they are advancing projects and rules in order to continue fulfilling their mandates.

Which Platforms Should Be Used to Host?

Once an agency decides to host a remote meeting, it must decide what tool(s) to use. Options range from conference calls and television broadcasting to online meeting platforms and live-streaming on social media sites, each of which offer different features. In determining which platform is best-suited for the meeting at hand, existing agency policies, preferred forms of communication of the anticipated audience members, and the desired nature of audience participation should be considered.

Some agencies are limited in the platforms they are authorized to use or to which they have access. Unless meeting planners are in a position to make exceptions to these rules or to purchase additional platforms, these limitations may constrain the assessment. If the tools available to an agency are deemed inadequate to facilitate effective public participation, the agency should consider postponing the meeting or securing authorization for or access to a better-suited platform.

Once available platforms are identified, agency officials should consider which would be most accessible to participants. Online platforms like Webex and Zoom require Internet or cellular connections, which some individuals and communities may not have ready access to or may not be as comfortable using. These platforms often offer a call-in option as well, but individuals that attend virtual meetings by telephone may be unable to see accompanying presentations. Telephone conferences, either in lieu of or in addition to an online component, may promote broader access, although some individuals may face challenges securing telephone service, or have limited minutes under their service plans. Some platforms also limit the number of participants that can be in a meeting at a particular time. To maximize accessibility, planners should predict how many individuals will tune in and plan accordingly (for example, by holding multiple meetings and giving registration priority to certain stakeholders during some of the meetings).

Planners should also consider which platforms best facilitate meaningful participation. Some platforms, like conference lines and Zoom, allow audience members to speak during the meeting, while others, like Facebook and YouTube, offer chat boxes through which participants can submit written comments in real time. Other platforms, like television, are one-way and may not allow participants to submit real-time comments or questions, but agency officials can collect feedback via mail, e-mail, and web portals prior to, during, and after meetings.

Regardless of the selected participation method, agencies should be transparent about the participation procedures they intend to follow by providing instructions to meeting attendees in advance. Meeting attendees should have opportunities to ask questions or share comments as they would at an in-person meeting, even if in a different format. Outlining procedures ahead of time can help set expectations prior to the meeting, and prevent confusion and frustration during or after the event. After a recent Zoom meeting hosted by BLM regarding its draft EIS for the Willow Master Development Plan, a proposed expansion of ongoing oil and gas operations in the National Petroleum Reserve in Alaska, one participant reported being muted by moderators after making a single comment and not being able to speak again. It is not clear whether BLM shared specific commenting procedures in advance of the event.

Finally, many platforms allow meetings to be recorded. While there may be privacy concerns that prohibit recording certain meetings, posting recordings of public meetings on agency web pages allows individuals who were unable to watch them live, or want to watch them again, to review the recordings at their convenience.

Once a platform is selected, agencies should identify measures that can improve accessibility. For example, translation and sign-language services should be secured if necessary. The timing of meetings can also affect attendance, so officials may consider holding multiple meetings over several days or at different times depending on audience availability. Materials, including background information and presentation slides, should be shared online in advance of the meeting. Hard copies should also be made available to interested parties who do not have Internet access or would prefer to receive materials by mail. Once meeting details are finalized, notice should be given in a way that makes all potentially interested parties aware of the meeting and allows adequate time to review materials and prepare comments.

Some agencies have looked to one another for models of how best to facilitate remote public meetings. Soliciting feedback from meeting attendees and stakeholders may also help agency officials organize more effective public meetings in the future.

Given the ongoing threats posed by the coronavirus, in-person public gatherings are unlikely to occur widely for at least several more months. In order for agencies to continue advancing projects, developing plans, making rules, and more, they will have to continue perfecting their remote public meeting procedures. And given the potential benefits of socially distanced meetings—including larger audiences and lower costs—agencies may want to pair virtual components with in-person events in certain circumstances, even after social distancing is no longer required. While some agencies have claimed to observe higher attendance of virtual meetings, note that it is unknown whether the attendees are the same participants that would have attended in-person meetings. So long as these meetings are sufficiently accessible to interested parties, the public may be supportive of virtual meetings as well, due to the relative ease of attendance and savings from avoided travel costs. As such, figuring out how best to facilitate remote public meetings now may enhance public participation processes long after the COVID-19 pandemic subsides.