Environmental lawyers “don’t know a lot about intellectual property,” but IP is “about promoting and protecting ideas that we’re depending on to protect our planet,” said Brad Marten, Managing Partner of Marten Law LLP and moderator of the Environmental Law Institute’s fifth GreenTech webinar held May 13. Consequently, in 2021, IP and environmental law “couldn’t be more related” as the world looks to electric vehicles, clean energy, and other technological innovations to advance sustainability, Marten added.

Acharya opened her presentation by noting that the important intersection of IP and Green Tech is an “emerging space” in which many companies and governments are investing resources. With Green Tech innovation proliferating, many companies have approached her firm to ask how they can protect their inventions. The two key pathways to protecting Green Tech IP—patents and trade secret strategies—have their advantages and disadvantages depending on specific factors, and either would be appropriate under different scenarios, Acharya said, before providing a basic definition and comparison of the two.

A patent is “a legal right to exclude others” from making, using, selling, or importing an invention for a defined term limit, Acharya explained. In return for that exclusivity, a patent must be publicly disclosed in enough detail that a person could with the owner’s permission replicate the invention. The crux of a trade secret, on the other hand, is that it is secret and should not be disclosed. Rather, it must be protected through reasonable efforts to maintain secrecy and the owner must show that some economic value is derived from the trade secret.

Only some things are eligible to receive Patent Trade Office approval. Abstract ideas, mathematical formulas, or naturally occurring phenomenon, for example, are ineligible. A patentable invention must be “novel and not obvious,” and another public disclosure for it cannot exist. In addition, all the participating inventors must be named in the public disclosure, Acharya said. The definition of a trade secret is much broader and can include information ineligible for patent protection; for example, formulas, data collection, or a simple drawing cannot be patented but might be eligible for trade secret protection.

Specifically, in Green Tech where artificial intelligence software is part of the invention, IP lawyers are seeing information that cannot be patented but can be a trade secret. The concept of a “negative trade secret” is important in this context, and refers to an inventor’s efforts to test a concept to determine “what doesn’t work,” sometimes by investing thousands of hours of research and development to exclude unworkable features and produce the best solution. “That’s really important in an emerging market” where research is extensive and every day technology is rapidly changing, Acharya said.

For protecting patents, inventors can resort to patent infringement lawsuits. For trade secrets, they can make “trade secret misappropriation” claims against someone who acquires a secret through improper means and thereby causes the inventor economic losses.

Stake described patents and trade secrets as two sides of the same coin. They are mutually exclusive, however, because a patent cannot be secret and specific factors differ significantly for the two types of IP claim, including the steps in litigation. In some cases, Green Tech inventors might want to protect their work using a trade secrets approach because, for example, there is no time line for trade secret protection, which occurs immediately provided the inventor has taken reasonable steps to maintain secrecy. A patent, on the other hand, can take months before it is approved, and doubts can exist about patent eligibility. Moreover, with trade secrets, if a misappropriation issue arises, very strong responses can be invoked, including an immediate injunction or temporary restraining order as well as potentially serious criminal liability.

Volkswagen’s Hawkins noted that for various reasons most patent attorneys will automatically consider filing for patent protection. Although Green Tech innovations may not fit squarely within patents, they will need to at least undergo a process of reviewing patent eligibility. 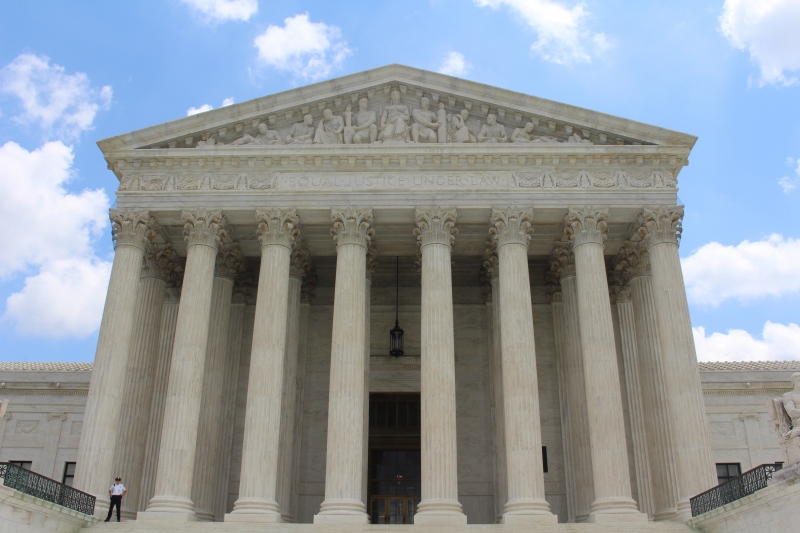 In reviewing a case study of patent eligibility, Hawkins noted that the U.S. Patent Act Section 101 defines which kinds of inventions qualify for patent protection and as such governs U.S. patent eligibility. Once deemed straightforward, Section 101 “lately has been getting a lot of attention.” The Supreme Court has defined mathematical formulas and other exceptions that Acharya earlier noted are ineligible for patents. The controlling case law on determining a patent’s eligibility is the Supreme Court’s “Alice test,” a two-part Mayo-Alice test to determine if an invention comes under one of the exclusionary exceptions. If it does, a further step-two analysis can proceed to examine “the totality” of the claim to determine if patent protection is warranted based on specific considerations.

Many experts would likely agree that Section 101 is “inconsistent” and creates ambiguity on patent eligibility, with some judges opining that Congress must act to provide greater certainty for inventors. Hawkins discussed a 2017 case, Smart Meter Technologies, Inc. v. Duke Energy Corporation, to illustrate the use of the Alice-Mayo test in a federal district court case to decide whether a patent-at-issue was a new invention or merely an abstract idea. Citing various factors creating ambiguity, the judge denied the defendant’s motion to dismiss the case and concluded that a further step-two analysis was required.

Stake then examined Electric Power Group, LLC. v. Alstom, S.A., as an interesting Federal Circuit Court case. Citing elements of the patent-at-issue, such as receiving and analyzing data streams and measuring them, the court denied patent eligibility, concluding that it did not provide “a technological solution to a technological problem” but rather “a manipulation of information.”

Based on these two cases and more than 100 other Section 101 cases, Stake said, a clear takeaway for Green Tech patents is that it is critical to “focus on the claims themselves” and to ensure that “the technical solutions are baked into your claims.” Both the Federal Circuit’s and Supreme Court’s analysis focused on the technical claims. “Put the technical solution into your steps,” he said. “Courts are wary of dressing up abstract ideas” with jargon that basically describes information manipulation. Inventors should focus on how they are achieving their great results, “not just the why and the end results,” Stake emphasized.

In discussing trade secret case studies, Hawkins presented a list of common scenarios through which a company’s secrets can be misappropriated and said he works hard to prevent such scenarios. The scenarios include those involving employees, such as new hires, departures, disgruntled employees, and naïve employees; competitors, with failed deals and trade shows as risks; vendors/business partners, with possible ended relationships and broken transactions; and state actors involved in hacking, cyber-crimes, and economic espionage.

Any in-house lawyer or Green Tech executive will face the same trade secret issues as Volkswagen, which has a sizeable department that pursues research and development both internally and with partners, Hawkins said. Trade secret protection and potential misappropriation are “a cloud that hangs over everybody’s head” all the time.

Acharya detailed the common “departing employee” scenario involving an employee working on a specific technology who leaves to join a competitor or startup. In Green Tech, “secrecy is everything,” giving inventors their competitive edge that can be lost if an employee or group of employees take secret information elsewhere. She described steps an in-house lawyer must take to establish an “infrastructure for risk minimization.” Once a company learns of departures, it should trigger an “exit protocol,” collecting all the employee’s devices and immediately terminating all access. When evidence reveals trade secret misappropriation, a temporary restraining order or a preliminary injunction are forms of action to prevent employees from using misappropriated information, and a wide range of relief is available to prevent the misuse of information, she said.

Hawkins similarly detailed the new hire scenario, and Stake reviewed the failed deal risk that can arise when a company considers collaboration or a joint venture.

As the webinar description noted and the presentations made abundantly clear, “Securing appropriate intellectual property protection is crucial for any innovative Green Tech company. However, it can be hard to keep up with the constantly evolving, and sometimes unclear, body of intellectual property law.”