New Executive Environmental Waiver—What Does It Do?

On June 4, President Trump signed an Executive Order entitled “Accelerating the Nation’s Economic Recovery from the COVID-19 Emergency by Expediting Infrastructure Investments and Other Activities.” The Order notes that in his March 13 declaration of a national emergency related to the pandemic, the President had invoked “national security” under the National Emergencies Act, 50 U.S.C. 1601 et seq., and “an emergency of nationwide scope” under the Stafford Act, 42 U.S.C. 5191(b).

The new Order recites the President’s oft-stated goals of removing “antiquated” regulations, reducing “needless paperwork,” and “streamlining an outdated regulatory system.” It asserts that “the need for continued progress in this streamlining effort is all the more acute now, due to the ongoing economic crisis . . . hindering our economic recovery.”

The policy statement directs all federal agencies to “take all appropriate steps to use their lawful emergency authorities and other authorities to respond to the national emergency and to facilitate the Nation’s economic recovery,” and to “take all reasonable measures to speed infrastructure investments” and other actions “while providing appropriate protection for public health and safety, natural resources, and the environment, as required by law.“ 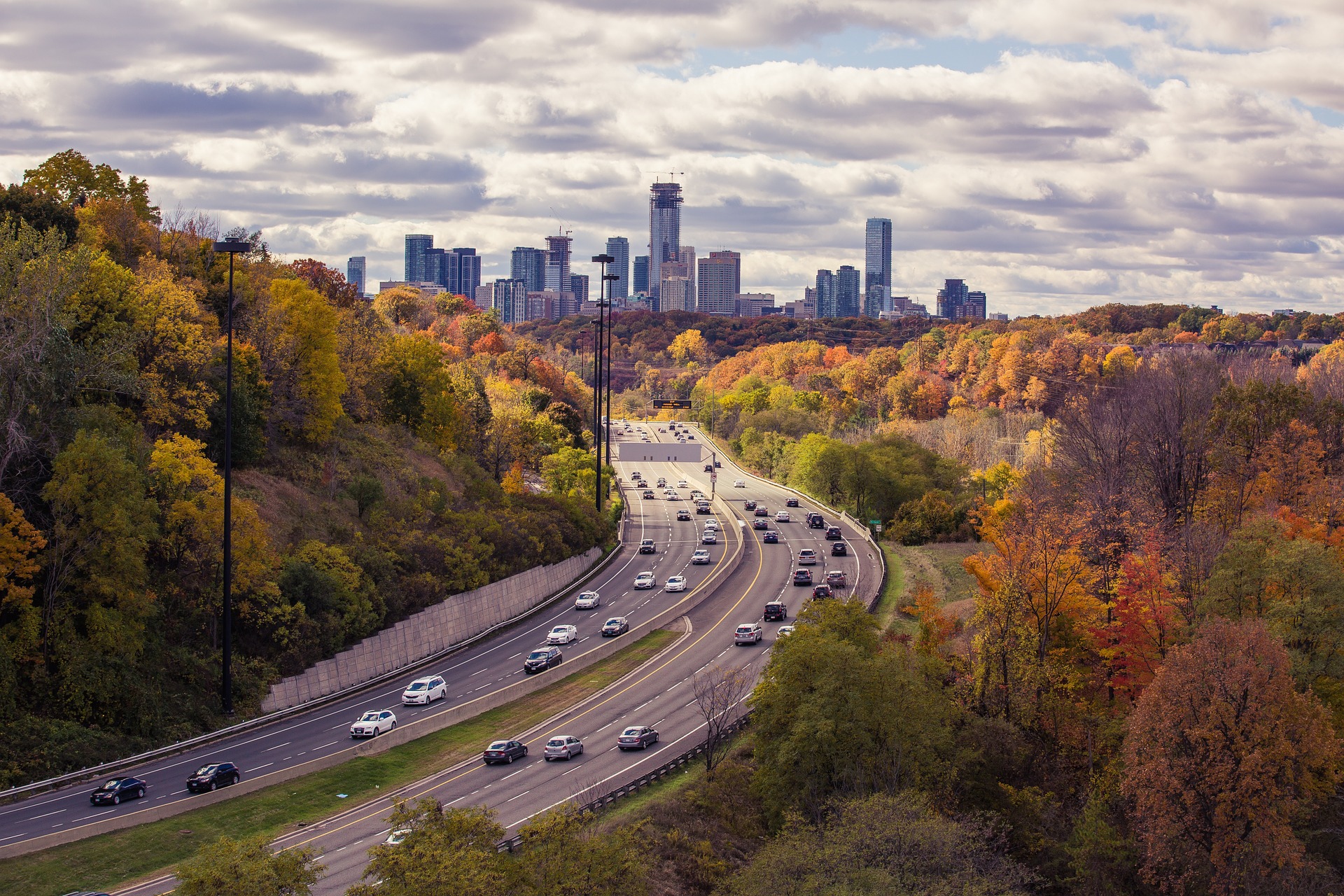 Each department must report on its projects and progress to the Office of Management and Budget (OMB), the Assistant to the President for Economic Policy, and the Chair of the Council on Environmental Quality (CEQ) within 30 days of the Order’s signing—July 3—and again every 30 days thereafter.

Identification and Use of Other Expedited Procedures

The Order identifies several federal laws for particular attention by all federal agencies:

National Environmental Policy Act (NEPA). All federal agencies are directed to identify and report within 30 days (and to update the status every 30 days thereafter) all “planned and potential actions to facilitate the Nation’s economic recovery” that:

Agencies are directed to apply these authorities “to the fullest extent possible and consistent with applicable law . . . consistent with NEPA, CEQ’s NEPA regulations, and agencies’ NEPA procedures.”

Endangered Species Act (ESA). Similar requirements and reporting obligations apply to all “planned and potential actions” to facilitate economic recovery that are subject to section 7 consultation under the ESA. Agencies are directed to identify actions that may be able to invoke 50 C.F.R. 402.05 on consultations in emergencies, and to use the emergency consultation authorities “to the fullest extent possible and consistent with applicable law.”

Clean Water Act. The Corps of Engineers is directed to identify (and to update every 30 days) plans and projects that “may be subject to emergency treatment pursuant to the regulations and nationwide permits promulgated by the [Corps or EPA] . . . pursuant to section 404 of the Clean Water Act . . ., section 10 of the Rivers and Harbors Act . . ., and section 103 of the Marine Protection Research and Sanctuaries Act . . . .” The Corps and other action agencies are directed to use these permitting authorities to “the fullest extent possible and consistent with applicable law.”

Catch-all Provision. Finally, all federal agencies are directed within 30 days to identify “all statutes, regulations, and guidance documents that may provide for emergency or expedited treatment (including waivers, exemptions, or other streamlining) with regard to agency actions pertinent to infrastructure, energy, environmental, or natural resources matters”; to identify any planned or potential activities that may be eligible to invoke these procedures; and, “consistent with applicable law,” to “use these to the fullest extent permitted.”

In short, the Executive Order creates an all-hands-on-deck requirement for federal agencies to try to do faster the things they already intend to do (and have repeatedly been exhorted to do). With respect to “expedited projects,” these include only projects for which Congress has appropriated funds. With respect to NEPA, ESA, the Clean Water Act, and other laws, the requirement is to create lists and provide updates. If the Order accomplishes anything at all, it will be to empower political leadership to advance favored projects as rapidly as possible—while hopefully remaining “consistent with applicable law.”

But the Order waives no laws and creates no exemptions, instead saying, in effect, we need more attention by OMB and the White House. It raises some threshold questions, notably whether and how closely its invocation of “economic crisis” will align with exemptions that are more typically addressed to national security or natural disasters. It likewise does not attempt to define “actions to facilitate the Nation’s economic recovery,” the operative phrase used throughout.

The Order does invite CEQ to invent or create “alternative procedures” for NEPA to meet emergency needs. But these are constrained by existing NEPA regulations. Currently, 40 CFR 1506.11 provides for instances when “emergency circumstances make it necessary to take an action with significant environmental impact” without observing all of the NEPA regulations. In such cases, a federal agency is still required to consult with CEQ about “alternative arrangements,” which must be limited to “actions necessary to control the immediate impacts of the emergency.”

The CEQ issued guidance in 2016 on use of the emergency procedure. It emphasizes that alternative arrangements “do not waive the requirement to comply with NEPA, but establish an alternative means for compliance.” They should address actions, alternatives, environmental consequences, mitigation, and public participation. A CEQ table updated in 2019 compiles prior uses of alternative arrangements under 1506.11, identifying just 47 such instances between 1980 and 2019 (40 years). All of these were geographically focused, and all dealt with temporal emergencies—including hurricane, wildfire abatement and fuel control, infectious disease control, dam failures, and removal of unexploded munitions. However, in one early instance, CEQ granted an alternative arrangement on the timing and consideration (not the content) of a draft and final EIS in order to facilitate release of funds to assemble parcels of land to retain an automobile manufacturer, premised on a state-recognized economic emergency threatening the city of Detroit. Crosby v. Young, 512 F. Supp. 1363 (E.D. Mich. 1981).

The Stafford Disaster Relief and Emergency Assistance Act contains limited exemptions from NEPA for technical and logistics support, financial assistance, essential assistance to save lives and property, debris removal, and repair or replacement of destroyed facilities; but these sections apply to specific actions and outlays authorized under that Act. They do not provide a generalized exemption for emergencies or national emergencies. 42 U.S.C. § 5159.

The ESA emergency consultation provisions require full consultation “as soon as practicable after the emergency is under control”; and the “alternative procedures” used during the emergency must be determined by the FWS/NOAA to be “consistent” with the requirements of section 7 of the Act. The emergency authority applies only to “acts of God, disasters, casualties, national defense or security emergencies, etc.” The Fish & Wildlife Service’s consultation handbook regards emergency consultation as an extraordinary circumstance, one that can be anticipated and which still requires documentation and thorough actions to protect and conserve species.

Finally, use of Clean Water Act Nationwide Permits (NWPs) is common, accounting for the bulk of all Corp approvals. But note that use of nationwide permits is also subject to state-by-state conditions imposed under section 401 of the Act. It is not clear that the Executive Order can change the treatment of activities that would have already been eligible to use NWPs.

In sum, this Executive Order waives nothing—but it sets in motion a likely frenzy of activities by federal employees to compile lists, identify potential authorities, and show progress in numerous reports that are due by Independence Day. Will these reports be publicly available? Will they be posted on agency or OMB websites? This is the key question if there is to be any accountability.

Equally important, will affected communities be protected during this exercise? Included? Consulted? The purpose of most of these environmental procedures, even in states of emergency, is to consult with the people and to provide transparency about impacts. With regard to these questions the Order is, unfortunately, silent.