The Migratory Bird Treaty Act (MBTA) prohibits the taking and killing of migratory birds. But the statute is silent about indirect or unintentional taking or killing that occurs in connection with an otherwise lawful activity. Dueling DOI Solicitor’s Opinions issued by the Obama and Trump Administrations have only served to highlight the ambiguity in the MBTA’s requirements. In A Pendulum Seldom Stops in the Middle: Shifting Views on “Take” of Raptors and Other Migratory Birds, David Freudenthal (former Governor of Wyoming) and attorneys Steven P. Quarles and Rebecca Barho argue that congressional action ultimately is needed. 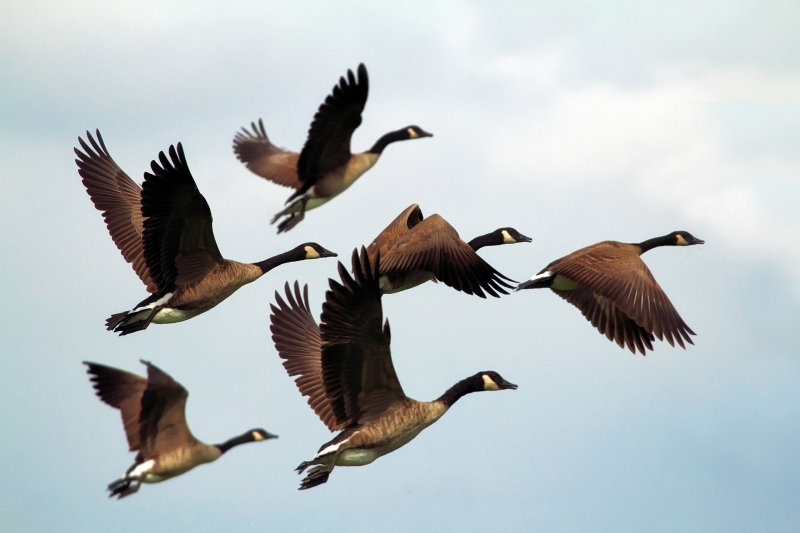 According to the authors, U.S. Fish and Wildlife Service policy and guidance has expanded the MBTA’s terms “take” and “kill” to include the concepts of “harass,” “harm,” “molest,” and “disturb,” which are only expressly found in the Endangered Species Act (ESA) and the Bald and Golden Eagle Protection Act (BGEPA). These policies significantly impact industries operating on lands controlled or managed by the Bureau of Land Management (BLM).

The MBTA is a strict liability statute and only provides for criminal enforcement. Failure of a regulated entity to follow the FWS recommendations may expose that entity to potential criminal prosecution, while following them may afford it the exercise of FWS’ prosecutorial discretion. Nevertheless, the authors opine that “federal agencies should not rely on administrative expansion of clear statutory and regulatory language to prohibit otherwise lawful activities, create new criminal violations, and offer only a handshake or less (in the hint of prosecutorial discretion) when a regulated entity commits to expending significant resources to address impacts that are not regulated in the first place.”

During the final weeks of the Obama Administration, DOI Solicitor’s Opinion M-37041 provided that the “unintentional or incidental take” of migratory birds is prohibited under the MBTA. Later that year, 11 months after Trump’s inauguration, Opinion M-37050 was issued, nullifying the position taken by Opinion M-37041. But Solicitor’s Opinions are binding only on DOI, not the courts, again leaving the regulated community with no certain path forward.

The courts are also split on the matter, with the Fifth, Eighth, and Ninth Circuits (as well as district courts in the Third and Seventh Circuits) holding that the MBTA prohibits only intentional takings, while the U.S. Courts of Appeals for the Second and Tenth Circuits have found that it extends to unintentional or incidental takings. The filing of new litigation in the near term is unlikely, given the lack of a citizen suit provision in the MBTA and the expected absence of enforcement under the Trump Administration. And much FWS activity with respect to the MBTA occurs pursuant to internal guidance that may be unreviewable and is likely to change with succeeding presidential elections.

The authors maintain, however, that one thing is clear. “Whether the pendulum swings again or stops,” they write, “the regulated community, federal agencies, and FWS itself would clearly benefit from consistent, long-term interpretation and application of the MBTA.”