When was environmental law first recognized as a field worthy of endeavor? Legal academies began teaching courses in the new laws as they were propounded a half century ago, but the field existed earlier. It could be found, if only in fragments, in some law schools and engineering schools and colleges of agriculture, mining, and forestry. And there were repositories of environmental professionals in the government’s land bureaus and extension services. 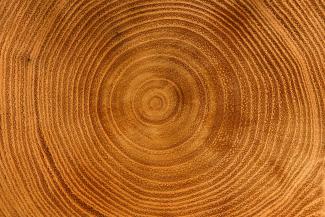 I would argue that the foundational text is one that synthesizes these pieces into a whole and gives a central ethic advancing environmental protection: Aldo Leopold’s A Sand County Almanac, published in 1949, a year after his death. Leopold knew the field lacked an animating principle. “As far as I can detect,” he writes, “no ethical obligation toward land is taught in these institutions,” he says of the academies.

It is worth reading again today, as I did when a snowstorm cut off power for four days and I could not use my computer. That is a perfect time for reading the month-by-month almanac of essays that Leopold wrote in “the shack,” the wood-heated farmhouse on a worn-out 80 acres that he worked to restore in harmony with the local ecology. Once again I was impressed how Leopold deals with the same issues that confront environmental policy today—and he does so with lucidity and insight that still serve as an inspirational bequest to the present time. It is a practical guide for environmental protection.

He was an alumnus of the Forest Service and taught at University of Wisconsin, where he became known as the nation’s expert on wildlife management. He recognized the economic and ecological conflicts embodied in resource ownership and use, as well as instruments of governance both public and private. It all came together in the final chapter, titled “The Land Ethic.”

His guiding star is expressed in a simple couplet: “A thing is right when it tends to preserve the integrity, stability, and beauty of the biotic community. It is wrong when it tends otherwise.” Can anyone not see the principle of environmental assessment that would not become required for another twenty years? Or the Clean Water Act’s central mandate to “preserve the biological integrity” of the nation’s waters?

But the ethic has a logical implication for resource ownership and use that is equally important: “In short, a land ethic changes the role of Homo sapiens from conqueror of the land community to plain member and citizen of it. It implies respect for his fellow members, and also respect for the community as such.” Here again, we hear early seeds of environmental justice emphasis on the community. “The individual is a member of a community of interdependent parts. . . .The land ethic simply enlarges the boundaries of the community” to include the larger ecosystem.

To Leopold, conservation is something more than a Muir-esque or Thoreau-like paean to primal nature. His approach is sternly practical. “Health is the capacity of the land for self-renewal. Conservation is our effort to understand and preserve this capacity.” In that epigram, he recognizes the role of “individual responsibility” to nature. Leopold, who spent his life in part in getting government into the act, nonetheless says that isn’t enough. He places on all people an obligation to observe the land ethic in their lives.

Private landowners must enhance the health of their lands regardless of government subsidy or commercial incentive. “One basic weakness in a conservation system based wholly on economic motives is that most members of the land community have no economic value.” Further, “Lack of economic value is sometimes a character not only of species or groups, but of entire biotic communities: marshes, bogs, dunes, and ‘deserts’ are examples.” Leopold feels that “a system of conservation based solely on economic self-interest is hopelessly lopsided” because it doesn't value species critical to self-renewal. Today’s infatuation with charismatic megafauna cannot even touch the emotion unleashed by “the fierce green fire” a young Leopold saw die in the eyes of a wolf he had been paid to shoot as vermin. He recognized a top predator whose removal ultimately harmed the land community. He would never again kill a wolf.

Leopold reflects on the fact that the common person has no recognition of from where comes winter heat and is missing a key driver in a personal land ethic. He notices a dead oak on his property. It had done its service to the local ecology. He decides to saw it into firewood, the oak’s last contribution of“good wood” to the community.

This page in his Almanac may be the earliest comprehensive summary of law and environmental protection. As he cuts through the annual growth rings, he gives a detailed accounting of ecological calamity and resource legislation, but in the opposite order. The first few rings are narrow because of the Dust Bowl era. Then the stock markets plunge. “If the oak hears them fall, its wood gives no sign. Nor did it heed the legislature’s several protestations of love for trees: a National Forest and a forest-crop law in 1927 . . . a new forest policy in 1921.” All the way to the center, and then forward in time to the other side.

I would have loved to see Leopold's description of the law’s future rings, but he only tells us that we too possess the saw to view across the years, the wedge and the axe for other perspectives. Thus he does give today’s environmental professional a guiding lodestar and tools of analysis and decisionmaking. And he charges us of the present to keep laying down “good wood” in response to today’s environmental challenges.

This blog originally appeared in the March/April 2022 issue of The Environmental Forum and is republished with permission.