Despite popular belief, natural hazards are not “great equalizers.” Environmental burdens fall disproportionately on marginalized groups. These inequities stem from legacies of racial injustice and systemic income disparities that have caused certain neighborhoods to have both poor infrastructure and limited access to financial resources, creating greater threats from hazard-related damage and difficulty with recovery efforts.

Environmental justice, which refers to efforts to create equity in the distribution of environmental burdens and benefits, has emerged as a key concept in the law and policy sphere. Successfully incorporating environmental justice into hazard mitigation planning—one of the main mechanisms local entities use to identify and reduce risk against potential hazards—could help address these disparities.

Hazard mitigation planning is conducted through the Federal Emergency Management Agency (FEMA), and local jurisdictions must develop plans to be eligible for federal grants. FEMA planning guidelines do not consider environmental justice concerns, but they are currently being updated and feedback from stakeholders indicates a push to include social vulnerability issues in the process. In the meantime, many counties have already taken steps to do just this, and they serve as examples of how to integrate environmental justice into hazard mitigation plans.

We reviewed 25 plans selected from a larger sample that was gathered for an analysis of nature-based mitigation strategies in local hazard plans. These plans were originally chosen to represent a range of geographies and hazards, and we further narrowed down the list by selecting plans published between 2019 and 2021. We examined three sections of these plans required under FEMA guidelines: documentation of the planning process, risk assessments detailing vulnerability to specific hazards, and mitigation action plans—which discuss locally specific goals to reduce risk and damage from future hazards.

Risk assessments help identify the threats that hazards such as flooding, tornadoes, or wildfire pose to local communities. FEMA regulations require this section to include a summary of the jurisdiction’s vulnerability to the identified hazards, specified in terms of the number of buildings in hazard areas, an estimate of monetary losses, and descriptions of development trends. Nowhere is there a discussion of the role of socioeconomic factors like race and income in determining a population’s vulnerability. 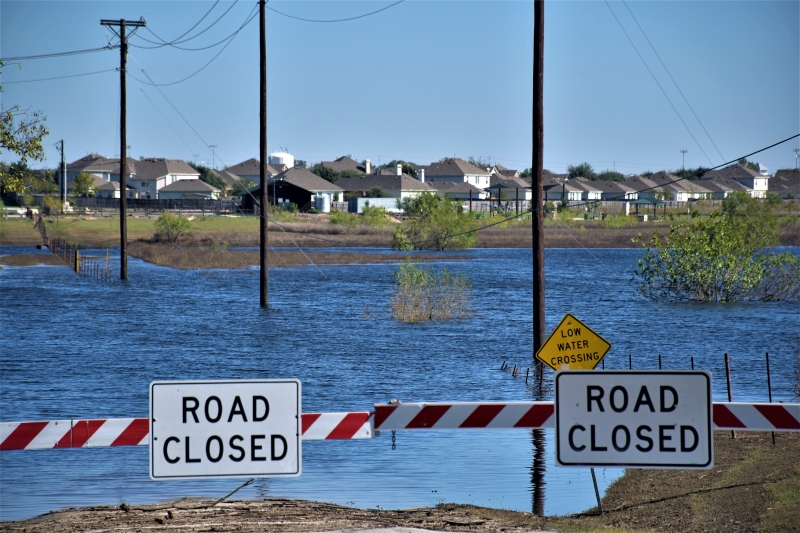 However, many local governments—such as Kern County, California; Harris County, Texas; and Skagit County, Washington—already incorporate social vulnerability into their risk assessments by explicitly stating how social factors determine hazard vulnerability. For example, the Harris County hazard mitigation plan describes how low-income populations may not have the means to make repairs to flood-related damages, leaving them more vulnerable to flooding than those with greater access to resources.

Hillsborough County, Florida, and Orleans Parish, Louisiana, go one step further, adding a spatial dimension to their discussion of socioeconomic factors and risk. Both counties created “social vulnerability” maps, which overlay several socioeconomic risk factors to create maps showing where the most vulnerable populations are concentrated. This is significant because it allows planners to target outreach and mitigation efforts to areas with high densities of vulnerable populations—especially when these areas overlap with regions at high risk for certain hazards.

Another critical aspect of environmental justice is providing vulnerable groups with a platform to be at the forefront of decisionmaking, which makes the planning process an essential area of focus. It is also important for the planning committee itself to specify dedicated time to discuss integration of equity and social justice in the hazard mitigation plan. King County, Washington, dedicated two entire steering committee meetings to environmental justice, guided by the County’s Equity and Social Justice Strategic Plan. This strategy ensures there is sufficient time for structured discussions about environmental inequities present in the community and how hazard mitigation strategies can address these inequities.

In addition to public meetings, another way to make sure local communities are represented in the planning process is to include community organizations on the planning committee. In Harris County, Texas, the Houston NAACP participated in the planning process, and in Orleans Parish, Louisiana, organizations such as Housing NOLA, a community-based organization fighting for affordable housing in New Orleans, and Greenlight New Orleans, an organization that works with individual households to implement sustainable practices, participated in working group meetings. These local organizations can be credible assets to planners, as they are attuned to the unique needs of their communities and are able to offer valuable insights into how mitigation planning can be leveraged to help all communities.

Finally, the public comment period required by FEMA must not be taken for granted, and local governments should commit to improving public participation in this phase of the process. The importance of public participation is evident in the Scott County, Minnesota, hazard mitigation plan development. At one of their public meetings, several participants expressed concern over the lack of accessibility that non-English-speaking community members may face during an emergency. Leaders of the steering committee directly addressed this issue in Scott County’s action plan, where they promised to “modify the current mass notification system to be compatible with other languages.” This example is significant in two ways: first, it shows the power public input can have to influence the outcome of mitigation strategies; second, it shows there are simple ways planners can address inequities, such as adding a new action item into their plans.

Mitigation action plans provide decisionmakers with an opportunity to build on the information gathered during the planning process and risk assessments and to translate environmental justice discussions into real action. As shown by the Scott County example, these action items can be simple and targeted. They can also be broad and integrative. King County, Washington, included a strategy to integrate environmental social justice “into mitigation, response, and recovery activities.” This is a significant, explicit recognition of the need for environmental justice, and a pledge to consider it in every aspect of hazard mitigation. Each of these action items, though different in scope, lead communities toward the same goal of achieving greater equity.

Hazard mitigation planning can be a huge asset in the fight for equity in communities vulnerable to disasters. This is important not only for county planners to understand, but also the public and local organizations who—as these examples show—have the power to advocate for change and influence the outcomes of these plans.