The Importance of Wetlands: The 2018 National Wetlands Awards

“These places hold the world together,” said National Wetlands Awardee Latimore M. Smith of wetlands during his award acceptance speech. Simple words spoken to him early in his career as he explored a Louisiana bog, they continue to hold profound meaning and inspire him to this day. At the National Wetlands Awards ceremony that took place on May 9, 2018, in Washington, D.C., each of the six awardees shared stories about what inspired them in their efforts to protect and preserve wetlands.

A common theme throughout the speeches was the importance of community—whether it was the cross-generational effort of the Gibbons family who built up Cedar Breaks Ranch as a pillar of conservation and sustainably in the South Dakota farming community or Kerstin Wasson’s efforts to instill the importance of science and place in volunteers at Elkhorn Slough. Mark D. Sees also saw the importance of including his community when he expanded his role in managing a stormwater processing wetland by creating educational and recreational opportunities at the wetlands park. And environmental consultant Robin Lewis founded a nonprofit focused on protecting Florida’s coastal wetlands and has dedicated a significant amount of time toward educating others on wetlands restoration.

Even the keynote speaker at the ceremony, Leah Krider, Chief Counsel at the Boeing Company, who shared a story about the development of a wetland mitigation site she oversaw in Charleston, South Carolina, talked about the importance of working with the local community to achieve results everyone was happy with. All of this year’s awardees have truly made a difference in their communities. Their passion and accomplishments serve as an earnest reminder of the importance of engaging the community around you to preserve our nation’s important wetland areas.

However, concern for important wetlands is not just limited to the United States. The awards this year also featured an educational panel on the Ramsar Convention on Wetlands of International Importance. Signed in 1971, in Ramsar, Iran, the Convention was developed to call international attention to the alarming rate at which wetland habitats were disappearing on a global scale, in part due to a lack of understanding about their important functions.

The Ramsar Convention provides an international framework to help member states conserve and promote the “wise use” of wetlands and their resources. Countries that join the Convention are committed to designating important wetlands throughout their territory and promoting their conservation and effective management. In 1986, the United States became a Party to the Ramsar Convention and has since designated 38 sites covering nearly 4.5 million acres nationwide. 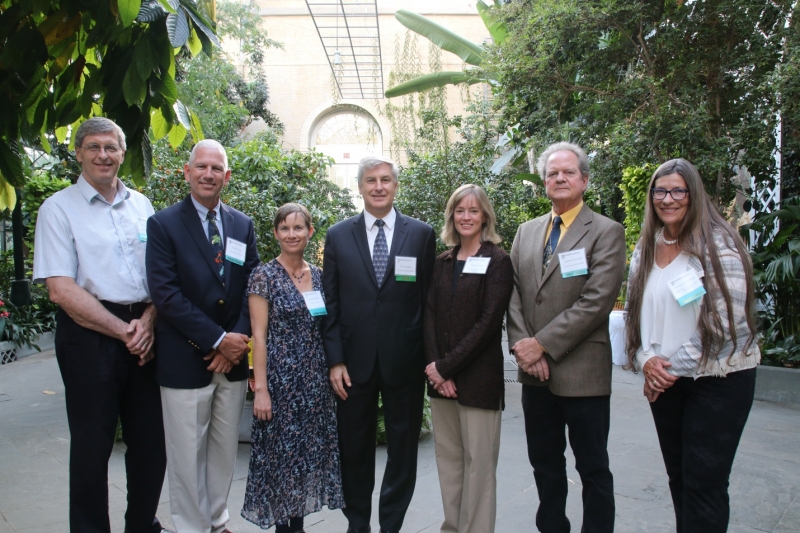 The Ramsar panel discussed its background and evolution, but also announced some new developments for Ramsar in the United States. The program has been effectively on hold recently as the overseeing federal agencies have been working toward updating the U.S. site criteria for Ramsar designations. While the specific details on the new nomination process are forthcoming, there will be a renewed focus on working at the local level with states, NGOs, and other stakeholders in designating and promoting Ramsar wetlands. There is also a new emphasis on future Ramsar sites providing jobs, conservation, and recreation and education opportunities for the public.

The panel also featured a surprise announcement that the application for Elkhorn Slough, which was grandfathered in under the previous nomination process to become a Ramsar site (the nomination was led by Awardee Kerstin Wasson), is on its way to becoming the next U.S. Ramsar site. A further update on the development of the new nomination process can be expected later this year, perhaps in time for the 13th Meeting of the Conference of Contracting Parties to the Ramsar Convention that will take place on October 21-29, in Dubai, United Arab Emirates.

In the remaining weeks of American Wetlands Month, it is a great time to take a moment to visit a local wetland and consider the ways you can support your local community in protecting or restoring wetlands.