An explosion of monitoring technologies, big data, expanded analytical abilities, and other technologies raises the possibility, albeit with caveats, that technological developments can help solve long standing environmental justice challenges. At ELI’s 7th GreenTech webinar on July 29, 2021, “Technology and Environmental Justice,” experts discussed how technology could play a role in key policies and programs. 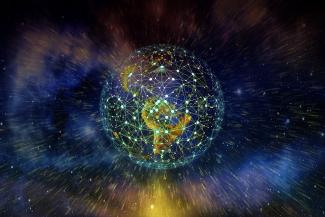 Dr. Cecilia Martinez, who at the time of the webinar served as White House Council on Environmental Quality Senior Director for EJ, began with an overview of the Biden-Harris administration’s whole-of-government EJ agenda, describing it as probably the most historic EJ agenda of any administration. Grounded on more than 160 listening sessions with EJ communities nationwide, the administration’s aim is to implement the most progressive agenda possible for achieving EJ and equitable federal investments. Under the critically important “Justice40 Initiative,” all key federal agencies are targeting 40 percent of their climate and energy investments toward benefitting the historically most underserved communities. As federal agencies seek to identify “distributional impacts” of technological developments, “equity analysis” is being embedded in research and development and other technology-related activities across agencies.

Tiffany Eng described the California Environmental Protection Agency’s CalEnviroScreen (CES). For California EJ Alliance, the CES has been an important tool to help identify EJ communities for the purposes of investment and for stronger protections and enforcement actions. The CES ranks communities based on their cumulative pollution burden, a measure of how exposures to different pollution sources, economic stressors, and public health vulnerabilities combine to impair the well-being of community residents. The CES tool “changed the game,” providing a scientifically robust tool backed by California authorities that citizens can use “in a very flexible and practical way” to locate EJ communities. It includes 20 different indicators, such as ozone and fine particulate matter concentrations, drinking water contaminant levels, and other environmental quality and socioeconomic factors affecting communities statewide. To incorporate the most up-to-date census tract data, CalEPA updates the CES periodically and version 4 with the latest rankings is due at the end of 2021.

Dr. David Padgett, who founded Tennessee State University’s geographic information system (GIS) laboratory in 2000, reviewed some of his current work, including with Robert Bullard, the father of EJ research, and Beverly Wright at the Deep South Center for EJ (DSCEJ). Noting that, in majority schools, conflict can often arise over whether academics should help solve community problems or remain neutral, he said that service is part of the tradition for historically black universities and colleges (HBCUs). When he joined DSCEJ, its leaders created the HBCU community-based organization Gulf Equity Consortium. Padgett provided GIS expertise to defend historically black communities facing a slew of EJ issues, most recently the Turkey Creek community in Gulfport, Mississippi. GIS data were used to challenge a proposed inland port facility abutting Turkey Creek, which was zoned for industrial development at a time when black communities could not vote in Mississippi. GIS mapping created with raw data input from the community clearly showed people resided in the “industrial community,” and the initially unsuccessful case against the Defense Department, State of Mississippi, and others is now under appeal.

Taylor Lilley discussed her litigation and advocacy work responding to industrial facilities coming into EJ communities throughout the Chesapeake Bay. Part of the effort involves using technology to identify EJ communities, to tell their stories, to assess impacts, and to identify technologies that might limit new facilities’ adverse effects. However, Lilley cautioned that CBF is wary of letting technology “tell the whole story.” In rural Buckingham, Virginia, technology proved harmful when regulators reviewed an air permit for a facility using EJSCREEN to identify EJ communities. The tool found only 38 percent of the community was minority, leading regulators to conclude no further EJ steps were needed. But a door-to-door study showed the residents were 82 percent minority.

On the positive side, Lilley described how CBF effectively used technology in Baltimore, where sewage was released through outfalls to watersheds and the Bay. Identified as a Clean Water Act violation, the outfalls were closed off, causing communities to experience sewage backup. CBF created a story map to show where and how often backups were occurring, information that was used in a Baltimore program to reimburse residents who experienced the problem. On-the-ground data are essential to tell the whole story. In addition, as communities explore decisions approving new facilities “with modifications,” they are looking to Best Available Control Technology to define appropriate facility modifications and thereby limit community impacts.

It is not well known that during the Obama administration, Congress on a bipartisan basis passed a law allowing and encouraging agencies to use citizen science, and EPA’s Inspector General and National Advisory Council for Environmental Policy and Technology have both urged EPA to adopt approaches that would support citizen science. Citizen science is a worldwide movement in which ordinary people are using new technologies to help governments tackle environmental problems and can play a large role over the next decade.

To learn about past and upcoming ELI GreenTech webinars, visit: https://www.greentechconference.org/webinar-series