ELI and Stockholm +50: The Path to Implementation

In the spring of 1972, environmental law was still in its infancy in many places around the world. Here in the United States, NEPA, the Clean Air Act, and ELI itself were toddlers—all under three years old—and the Clean Water Act wouldn’t be amended to what we know it as today until that fall. Within this setting, the UN hosted the first global Conference on the Human Environment in Sweden. That June, participants from around the world gathered and, following two weeks of deliberation, produced the Stockholm Declaration of baseline environmental principles and an action plan for implementation. The declaration would prove a foundational document cited innumerable times in years to come. 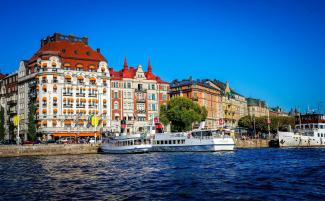 Twenty years later, the global understanding was more complex, as nations and NGOs from around the world again gathered for an event popularly known as the Earth Summit. The resulting Rio Declaration reaffirmed the principles from Stockholm while weaving in a thick thread of sustainable development. The conference also adopted the Framework Convention on Climate Change and the Convention on Biological Diversity, formalized the Global Environment Facility, and launched the negotiations for the UN Convention to Combat Desertification.

This June, 50 years after the first conference, nations will return to Stockholm to further sustainable development and environmental protection. In a tumultuous time, two years into a pandemic and in the midst of the Russian invasion of Ukraine, this gathering is an opportunity for the global community to take stock of our progress on environmental challenges since 1972 and to identify the way forward.

And there has been progress. For example, powerful multilateral agreements have enabled the curtailment of chlorofluorocarbon emissions and helped us reduce the ozone hole in the atmosphere, supported the recovery of endangered species, and regulated trade of a number of hazardous chemicals and wastes to reduce their uncontrolled disposal into the environment. The list goes on.

But there is much more to do, and we are behind where we need to be to achieve the UN’s Sustainable Development Goals set for 2030. The world is facing increasing instability and violence, often related to natural resources, and the threat of what climate change will bring hangs over us all. That’s the setting for this new gathering.

Over the decades, ELI has contributed to the development and implementation of many international commitments, from regional agreements to global instruments, and participated in every decadal UN meeting since Rio. We are a leading facilitator of dialogue and action related to environmental peacebuilding, and we have trained thousands of judges in dozens of countries.

This is why ELI will be engaging in and hosting events at Stockholm +50. One area of focus is on deepening our work on judicial education, specifically on climate science. Faced with immense and complex challenges related to transforming economies and reducing climate impacts, judges around the world are being called on to step outside of traditional roles to use their judicial authority to help craft solutions. Our Climate Judiciary Project works to provide them with the necessary technical and scientific understanding related to climate impacts. And our work has shown us that it’s not just U.S. judges that express this need—international partners have asked for the same support. For us, Stockholm +50 is an opportunity to engage our global partners to better design resources and programs to support them.

The second area of focus is on environmental peacebuilding. War and peace have been a subtext throughout these conferences—the Stockholm Conference occurred during the Vietnam War, the Rio Earth Summit was held shortly after the Gulf War, and now Russia has invaded Ukraine in the run-up to Stockholm +50. In the decades since 1972, we have learned much about the diverse linkages between environment, conflict, and peace—and ELI has been a leader in this sphere. Stockholm +50 provides a unique and timely opportunity to take stock of those lessons and more clearly expand upon the essential peace dimension of sustainable development.

We know that international agreements are not a complete solution, but rather a first step. That once a new instrument is created, we must engage in robust implementation at regional, national, and local levels if real, durable change is to occur. So we look forward not just to Stockholm +50, and what may be produced there, but also the days that follow when we walk the path to implementation.