High reward or high risk—that’s the potential billion-barrel question. Often referred to as America’s last great wilderness, the Arctic National Wildlife Refuge (ANWR) consists of 19.64 million acres in the Alaska North Slope region and is the largest National Wildlife Refuge, supporting an enormous variety of biodiversity and robust Indigenous communities. In 1960, President Dwight Eisenhower declared the refuge a federally protected area, and oil and gas drilling was banned in 1980. In the decades following, numerous presidents and Congresses have resisted efforts to authorize extraction exploration in the area.

That is, until December 2017, when Congress passed the Tax Cuts and Jobs Act of 2017. This act included Sen. Lisa Murkowski’s (R-Alaska) added provision requiring the U.S. Department of the Interior to approve two lease sales for “responsible energy development” in ANWR within the following seven years. Less than two years later, in September 2019, the Donald Trump Administration announced its intention to hold the first lease sale for the refuge—with or without concrete data on what lies under the surface. This declaration of interest to open up the entirety of ANWR’s coastal plain to oil and gas exploration and development was widely seen as the most aggressive move in the almost six decades since ANWR’s establishment. The Bureau of Land Management filed an environmental impact statement that conceded, among other climate change-related notes, that ANWR development could create catastrophic consequences for various native species. 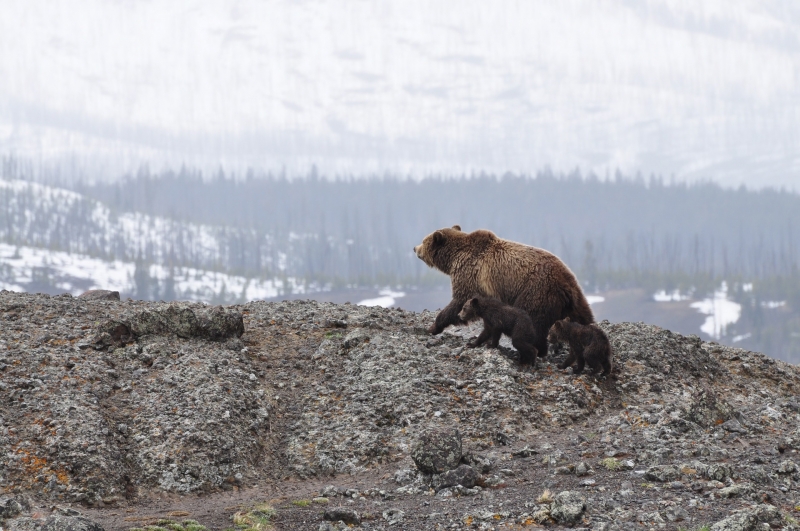 This declaration raised innumerable questions amongst advocates and adversaries alike. Should a pristine environment be tainted for such uncertain economic gain? Who are the stakeholders—in the energy industry and corporations, local communities and Indigenous peoples, environmentalists and NGOs, and more—and what are they willing to pay or risk in this lease sale? How could opening up ANWR to oil exploration impact efforts to meet environmental conservation efforts and climate change targets? And was it all worth it?

The proponents and critics were not exactly what one would expect. Many Indigenous groups noted the abysmal impacts such development would have on their communities, food security and sources, and traditional ways of life. Conversely, Alaskan politicians continued to throw significant support behind the proposal, as did the American Petroleum Institute and some affiliated parties. Meanwhile, criticisms from upwards of 250 environmental NGOs were supported, at least in word, by every major U.S. banking institution that issued public refusals to fund oil and gas development in ANWR and, perhaps most surprisingly, by major energy companies uninterested in the lease sales, for a myriad of economic, logistical, and public relations issues.

This begs the question: is the potentially high reward in resource extraction worth the high risk involved in one of the most controversial energy development proposals in U.S. history? As it turns out, for most—and for all of the major U.S. energy stakeholders—the answer was no. Yet, such outspoken disinterest did not deter the Trump Administration’s course; rather, it escalated the lease sale timeline exponentially.

As election season ramped up, Secretary of the Interior David Bernhardt announced plans largely reiterating previous statements and actions by the Trump Administration regarding opening ANWR for oil and gas lease sales. He noted the entire 1.5-million-acre Coastal Plain area was available for leases and that “there could be a lease sale by the end of the year.” Such timing would position the lease sales to begin after the 2020 presidential election but prior to the inauguration—a process that traditionally has taken several years, expedited to a timeline of mere months.

The sales officially took place on January 6, 2021, and were widely seen by advocates and adversaries alike as a bust, with only three bidders: two small companies—Regenerate Alaska and Knik Arm Services—each obtaining one parcel, and Alaska’s state-owned economic development corporation the sole bidder on the majority of the leased parcels (other parcels received zero bids). The advocacy of environmental organizations and grassroots activism by Indigenous communities played a significant role in this bust, with additional insurmountable factors of low oil prices, political uncertainty and unrest, and a recession. As longtime journalist and public policy expert Larry Persily put it, “But no one showed up.”

And so began yet another new chapter in the political fight over the pristine, potentially oil-rich refuge. Lease sales did take place prior to the conclusion of former-President Trump’s term, and now three entities currently hold 10-year drilling rights to parceled areas of ANWR. On his very first day in office following the inauguration, President Joe Biden issued the Executive Order on Protecting Public Health and the Environment and Restoring Science to Tackle the Climate Crisis, implementing a moratorium on all activities connected with ANWR and oil and gas leases. The main legal standing put forth in the E.O. is based on the plausible “inadequacy of the environmental review required by the National Environmental Policy Act” of the prior administration. As a new analysis is undertaken, likely to prove more robust and on a more drawn-out timeline than the former EIS, the new Administration will be keenly looking for any issues that would allow for the legal invalidation of the lease sales, and subsequently, the taking back of the 440,000 leased acres for environmental protection.

Much remains to be seen. As the new presidential administration moves forward with environmental justice measures, Indigenous sovereignty and the right to cultural practices and ways of life could come into play in determining the future of ANWR. Furthermore, the rejoining of the Paris Agreement and noted detrimental—or even, catastrophic—environmental consequences, including climate impacts, species and habitat loss, pollution, and more, could mark an end to this 60-year chapter over the ANWR question. We may finally see wildlife values and wilderness qualities of ANWR, and sovereignty issues impacting Alaskan Indigenous communities, guide the regulations and policies encompassing the refuge, instead of the other way around. It has been a remarkable year of people showing up across the United States for environmental and racial justice—and certainly not showing up to the ANWR lease sale. Perhaps the risk is too high, and the economic reward far too low, to disrupt America’s last great wilderness.