On Being a Trigger for Peace 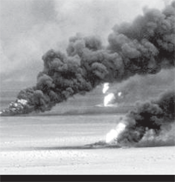 Environmental change can be a trigger for conflict. It heightens our sense of group difference. It can make us think about hunkering down rather than reaching out. It tempts us to visualize a world of scarcity and of constraint rather than a world of opportunity and transformation. People assume scarcity begets grievances and grievances beget violence. Our work challenges that determinism.

I would never deny the potential for violence around environmental change. According to Ban Ki-Moon, the former secretary general of the United Nations, climate change “not only exacerbates threats to international peace and security, it is a threat to international peace and security. . . . Mega-crises may well become the new normal.” The human rights organization Global Witness has built a database on the assassinations of environmental activists in the last 10 years or more. The number is large.

What we risk losing if these narratives are only about security and conflict is the possibility that we can instead cooperate around them. They can bring people together, even people who may not be comfortable working together. They can lead us down a path of peace.

The Earth Summit in Rio de Janeiro in 1992 was the high-water mark for international environmental cooperation. By the late 1990s, when the international community was planning a 10th-anniversary summit meeting in Johannesburg, the bloom was off the rose of international environmental cooperation. The idea of welfare gains and sustainable development was not strong enough to get governments to live up to the commitments they had made in Rio. Many environmental policymakers and activists started casting around for another framework that might give governments that sense of urgency. Environmental security as a concept was born in that quest for agenda setting.

The Cold War was over. It was a time when people who thought about conflict and security were open to new ideas. There was a perception, which today seems quaint, that we would realize a peace dividend, that those massive resources that went into the preparation for war could be redeployed for a more affirmative social purpose.

It was the combination of the quest for urgency and the fluidity in the security space that produced this idea of environmental security. In the run-up to Rio+10, there were governments and activists who wanted environmental security to be the dominant framework for the dialogue and for policy initiatives. In my experience, when the North finds a security incidence in the South, the South would be well advised to duck. They fought too hard to throw off colonialism and have sovereignty over their natural resources to see it be framed simply as someone else’s security agenda.

There are three premises to our work.

The first is that because environmental issues ignore human boundaries, they demand cooperation across those boundaries, whether they are between nations, or clans, or identity groups, or neighborhoods, or the people who live upstream and upwind and those who live down. That interdependence can be used to create cooperative incentives, even among actors who are not inclined to cooperate with each other, even among actors in conflict.

The second premise is that the environment can create in people a deeply rooted sense of place. Maybe that can be used to strengthen people’s shared identities, or at least to soften some of the more divisive and conflict-oriented identities that can also take root in specific places.

And third: environmental problems are technically complex, and they challenge us to think forward into an uncertain world. Maybe that uncertainty creates opportunities for learning together. And maybe that learning can be used as a tool to build trust again among parties who might not be inclined to trust.

There is now a large body of evidence that this can in fact be done. There are refugee camps where scarcities of water, or of firewood, or other resources trigger conflict, either within the camp or between the camp and the host community. But there are just as many where we see people developing creative, cooperative solutions. We know that climate change and water scarcity can cause tensions and conflicts between herders and farmers in the world’s dry grassland regions. But we also see creative adaptation under those same stresses. Farmers start to herd, herders start to farm, their children start to intermarry. Grievances are not the only factor. Much depends on our capacity to channel those grievances as productively.

A related observation is that much of what we know is not derived from the work of scholarly research. It is derived from practice.

And on the other hand we know that violence can shred any possibility for attaining these other social goals. Peace, even in the most limited sense of forestalling violence, is a very good thing. It’s essential to the realization of other goals. But it’s often not the goal of most of the people who are involved. And we scholars or practitioners who come bearing peace strategies without an emphasis on justice will be looked at skeptically.

Some early practitioners of environmental peacebuilding came from unexpected quarters. Fears of radioactive contamination in the Barents Sea provided an avenue for Russian, Norwegian, and American militaries to interact as the Cold War ended. The resulting Arctic Military Environment Cooperation Program included scientific assessment and safer storage of spent nuclear materials in the Russian Northwest. While radioactivity was a real concern, the collaboration between opposing militaries provided a means to interact regularly on less divisive topics. The program helped U.S. and Norwegian leaders figure out who was in charge of the former Soviet military in the uncertain transition period. Joint scientific assessment and environmental risk management were tools to help build confidence and a post-Cold War peace.

Environmental peacebuilding has faced numerous challenges, and early iterations demonstrated tangible shortcomings. In Johannesburg in 2002, at the World Summit on Sustainable Development, only one speaker on a well-attended environment and security panel got questions, many of them hostile. A representative from the Peace Parks Foundation fielded questions about his organization’s peace park efforts in post-Apartheid southern Africa. Signing ceremonies with Nelson Mandela and other heads of state made for good optics, but the beneficiaries of these early transboundary conservation efforts were primarily political elites and large business owners. Local people bore the cost of increased human-wildlife conflict that came with the sudden removal of border fences. They reaped few of the benefits of increased tourism. Fortunately, many early environmental peacebuilders changed their programs, learned lessons, and adapted subsequent efforts inside and outside southern Africa.

The aftermath of the 1990s Yugoslavian civil war was an important place for UN Environment and its post-conflict assessments to make concrete steps toward environmental peacebuilding. Like AMEC, the UN took advantage of the relative lack of controversy around objective scientific assessment in post-conflict settings to tackle the peace and conflict dimensions of the environment and natural resources.

UN Environment identified environmental hotspots and natural resource management steps critical to restarting economies. Their comprehensive reports, done with the permission of host governments, assigned some degree of responsibility for environmental damage and helped formulate a plan forward. The plan was a little more subversive than we realized at the time. UN Environment assessed the role natural resources may have played in starting, extending, and recovering from conflict. It helped formulate a possible foundation for peace through environmental management institutions.

Those field assessments were fairly straightforward steps compared to the politics that surround peace and conflict issues at the United Nations. UN Environment still had many battles about environmental peacebuilding at its headquarters in Nairobi and at UN headquarters in New York. Member governments routinely assert their right to sovereign control of resources as an impediment to engaging in environmental actions designed to prevent conflict in particular. They commonly maintain that environmental issues are not security issues but instead economic ones better suited to be addressed by the economic and environmental bodies at the UN.

Despite these regular objections, those UN-focused efforts have had success. However, I would flag one dilemma raised by this example. I call it “What’s in a name?” What we call environmental peacebuilding really matters to the parties on the ground. Peacebuilding as an enterprise is inherently politically sensitive. The advantage of the environmental sector is often the issues are less so as illustrated by the earlier examples. But labeling an effort as environmental peacebuilding rather than environmental management can make the goal harder to achieve. Parties assume defensive positions and the conflict is renewed rather than reconciled. If making the peacebuilding objectives explicit makes it harder to achieve, how do we do it without that label? When do you use that label explicitly and when is it a critical but unstated goal?

Some have reacted that such a labeling decision can be troubling, since they value transparency and participation among all stakeholders from the outset. It raises challenging tradeoffs for small group negotiations and less transparent approaches versus all-inclusive negotiations in public. In the age of diplomacy by press release and even tweet, this transparency can actually make it harder to achieve success.

Let me share one more case to illustrate the environmental peacebuilding work yet to be done. In this example, practitioners are asking questions of researchers and scholars that we cannot yet answer definitively. I have worked closely with the U.S. Agency for International Development and their Conflict Management and Mitigation team. Many of you have had similar experiences with many other partners in the field. How do we practice, how do we pursue, how do policymakers grapple with environmental peacebuilding within a climate change context?

Twenty-five years ago, climate change was seen as a long-term, diffuse, incremental, and future topic for environment and security scholars and practitioners. The existential threat to small island states, for example, was not yet widely perceived. Steps to address climate change and security were largely separate conversations.

Today, the script has flipped. Since 2007, climate change has become the primary entryway into the environment and security conversation, almost to the exclusion of other important environment and natural resource topics. USAID’s conflict management staff now evaluate the agency’s climate change assistance by asking two questions: Is this climate-related investment going to create new conflict or contribute to existing conflicts? and, How can it be designed to contribute to additional development or peace-supporting solutions? If this investment is in a fragile state, or a conflict-affected state, how can we do environmental peacebuilding with this climate intervention?

Indeed, both scholars and practitioners need to develop better answers to these questions even if one can easily claim climate adaptation and mitigation efforts remain limited within countries and the international community. Our argument should be for finding ways to capture co-benefits and the triple bottom line even as we experiment and develop a research base for better knowing what works. In a financial resource-constrained policy environment, let us collaborate to achieve climate, poverty alleviation, and peacebuilding goals together with coordinated responses.

These are the challenges before us. There has been promising progress. There is lots more to do. TEF

AL MOUMIN AWARD WINNERS ❧ A colloquy on how to use environmental cooperation to alleviate, end, and hopefully prevent armed conflict, by two veteran “soldiers” in the field.

The Environmental Peacebuilding Global Knowledge Platform, the leading knowledge source on natural resources, conflict and peace, celebrates its one-year anniversary today, on the International Day for Preventing the Exploitation of the Environment in War and Armed Conflict.