How Administrative Law Polices Itself 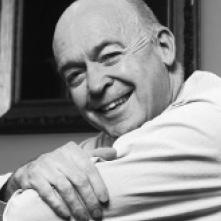 Environmental law is one of the few parts of U.S. law that we did not inherit from Rome or England. The United States created it, grafting onto it principles of administrative law, and it has been interpreted by courts and implemented by selected agencies through regulations and guidance documents. Litigants often understandably seek the record of agency decisionmaking, which can aid them in seeking redress in court.

Indeed, in the United States litigation has been the central way that environmental law has been explained or its use contested. For instance, even though the Superfund law is silent on whether joint and several liability applies, courts have found that tort-based doctrine indeed does. Similarly, although there is no real statutory basis for courts to give federal agencies deference in their regulatory decisionmaking, the Supreme Court has fashioned requirements in that regard.

To the courts, the most important guidepost on making and interpreting rules is the well-established Administrative Procedure Act. The APA pre-dates the modern era of environmental law, but it has been applied four-square to environmental cases. The APA provides needed regularity and predictability. And it has welcome mandates for openness, transparency, and citizen involvement.

Several times during the Trump presidency, as a former assistant attorney general I was asked to speak to various groups about the massive amount of litigation engendered by that administration — executive orders and agency decisions that were being challenged by states, citizens, environmental groups, and industry. I always pointed out that particularly in the first few years of the administration, in case after case decisions were being overturned for their procedural violations. Trump’s APA record was dismal, and even the deference granted agencies under the Supreme Court’́́s Chevron doctrine — one of the most cited Supreme Court cases of all time, and a case well known to all environmental law practitioners — did not save the Trump administration.

The APA and Chevron can be criticized for how they are applied in a particular case by an agency or a reviewing court. In particular, some elements of the APA, like its requirement for a “record” for decisions, have generated a significant amount of litigation. Because the record can be long and complex, agencies differ in their interpretation of that requirement, particularly concerning privileged documents.

Litigants always want more documents, often sure that such files will disclose something the prepared record does not, and they use not only discovery but freedom of information requests to obtain more documents.

The government, on the other hand, having now prepared a record in accordance with the agency’s own standards, should be prepared to have that record carefully scrutinized to determine whether it is complete, whether it answers issues that arise during notice and comment, and whether it adequately supports the decision being made.

There are numerous examples where courts have found the record inadequate, and thereby either invalidated the agency decision — as they did with the Trump-era Affordable Clean Energy plan, a case now before the Supreme Court — or remanded it for more information or more support in the record.

Despite these criticisms, the APA remains the backbone of the administrative process. It has well-understood procedural requirements that must be met by any administration and any agency. It displayed its force during the Trump presidency, and protected citizens from a series of both poor and inadequately supported decisions. Some litigants will now attempt to use the APA as their lodestar in contesting the Biden administration’s decisions. Resulting rules are more likely to have longevity, so long as they adhere to robust public comment and meet head on careful judicial scrutiny.

The continuing vitality of the APA, its requirements for how regulations come to be, and then how they are to be justified and reviewed, still remains central to democracy and should continue to guide courts and litigants in the future. 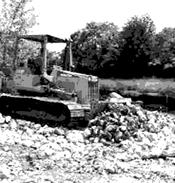 In the wake of the Supreme Court’s decision in Sackett v. EPA, citizen-developers are fighting back against doubtful Clean Water Act enforcement actions. Two subsequent lower-court decisions provide backing for the public in developing alleged wetlands.