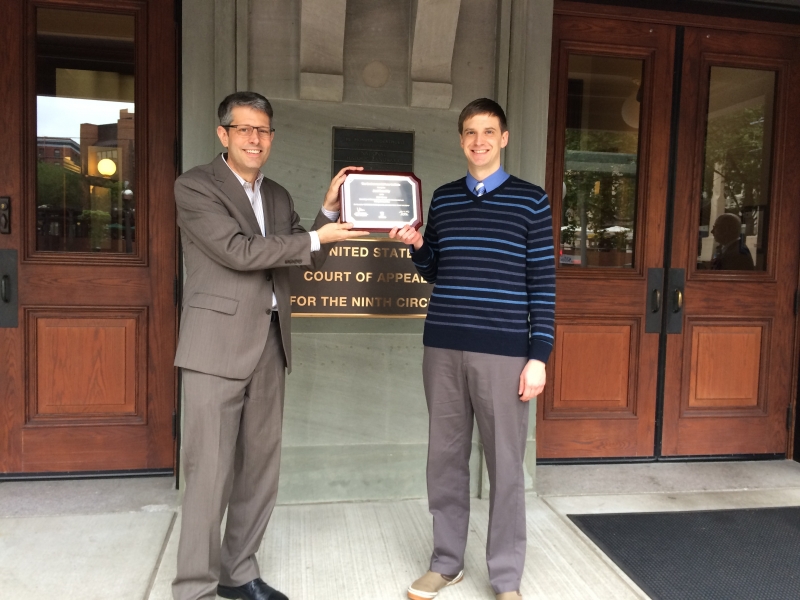 (Washington) Joel Reschly, a third-year law student at Lewis & Clark Law School, has been named the winner of ELI’s 2014-2015 Beveridge & Diamond Constitutional Environmental Law Writing Competition. Mr. Reschly will receive a $2000 award, a one-year membership to ELI, and publication of his article in the Environmental Law Reporter (ELR®), ELI’s flagship journal and the most often-cited law review covering environmental and natural resource issues.

Mr. Reschly’s winning entry, “Pesticides, Water Quality, and the Public Trust Doctrine," examines the applicability of the public trust doctrine to regulation of water pollution caused by pesticide use. "His paper addresses important gaps in the current regulatory framework for pesticides, and how courts can use the public trust doctrine to fill these gaps," said Lisa Goldman, Senior Attorney at ELI. Added Scott Schang, Acting President of ELI, "It is important to recognize the role that state common law can play in water quality regulation."

Two individuals were awarded honorable mentions for their work: Purba Mukerjee of the University of California Berkeley School of Law, for her entry “Fighting for Air in Indian Country: Clean Air Act Jurisdiction in Off-Reservation Tribal Lands,” and Erica Shell of Wayne State University Law School, for her entry “The Final Auer: Constitutional Challenges To A Fundamental Principle Of Administrative Law.” Both of these articles will also be published in ELR® News & Analysis.

Each year, this national competition invites law students to explore issues at the intersection of constitutional and environmental law. All entries received were judged by a panel of experienced attorneys. The competition was organized by ELI’s Program on the Constitution, Courts, and Legislation and the National Association of Environmental Law Societies, and made possible through the generous support of Beveridge & Diamond, P.C., one of the nation’s premier environmental law firms.