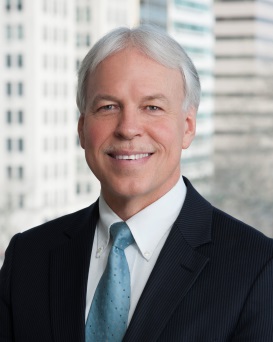 (Washington, DC) — The Board of Directors of the Environmental Law Institute (ELI) announced today that Scott Fulton has been selected as the organization’s fifth President. Mr. Fulton, currently a principal at the environmental law firm Beveridge & Diamond, P.C., will join ELI in September 2015. Prior to joining Beveridge & Diamond in March 2013, Mr. Fulton served as General Counsel of the U.S. Environmental Protection Agency (EPA).

Commenting on Mr. Fulton’s selection, ELI Board Chairman Edward Strohbehn, Senior Counsel, Morgan Lewis, said, “Scott brings ELI an impressive combination of intellectual leadership on environmental issues, management skills, and strong relationships with regulators, the regulated community, and non-governmental organizations in this country and around the world. His lifelong vision of public service and years of success achieving it are extraordinary, as are the professional excellence and uncompromising ethics he brings to this work. ELI’s mission and membership will benefit greatly from Scott’s service.”

A dedicated public servant, Mr. Fulton served in several other leadership roles within EPA in both Republican and Democratic Administrations, including as Acting Deputy Administrator, head of the Office of International Affairs, Judge on the Environmental Appeals Board, and a leader in the Agency’s enforcement program. He also served as Assistant Chief of the Environmental Enforcement Section of the U.S. Department of Justice (DOJ) Environment and Natural Resources Division. An international expert on environmental governance and rule of law, he serves as a member of the United Nations Advisory Council on Environmental Justice and teaches International Environmental Governance as an adjunct professor at George Washington School of Law. He received the two highest awards given by the U.S. government for outstanding leadership—the Presidential Meritorious Executive Service Award, and the Presidential Distinguished Executive Service Award—and has been inducted into the American College of Environmental Lawyers.

•    Playing a key role in the development of U.S. environmental law through his various roles at EPA and DOJ.
•    Serving as a key contributor to the development and implementation of environmental law internationally and to building capacity for environmental protection throughout the world.
•    Leading the creation of the legal framework for, and the successful defense of, the United States' initial program for regulating greenhouse gas emissions.
•    Serving as a key interface with the Chinese government in the U.S./China relationship on environmental protection.
•    Engaging in and leading numerous regulatory and policy initiatives under the Clean Air Act; Clean Water Act; the Toxic Substances Control Act; the Federal Insecticide, Fungicide and Rodenticide Act; Superfund; the Resource Conservation and Recovery Act; the Oil Pollution Act; and the National Environmental Policy Act.
•    Conceptualizing and catalyzing EPA’s Export Promotion Initiative to stimulate domestic economic development and job growth by promoting for export U.S. environmental services and technologies.
•    Leading the development of “Environmental Justice Legal Tools” in 2012, enabling EPA to enhance environmental quality for historically underserved communities.

"Scott is the quintessential environmental lawyer: deeply grounded in the subject matter, collaborative, and possessing great vision for the future of people and the planet. We and our clients benefited from Scott’s presence at Beveridge & Diamond, and we all wish him the very best as he embarks on this new phase of his career at ELI, an organization we have long been proud to support,” noted Benjamin F. Wilson, managing principal of Beveridge & Diamond, P.C.

Mr. Fulton remarked, “I am honored to join ELI, the world’s premiere non-partisan think tank on environmental law and the leading international institute on environmental governance and rule of law. I look forward to joining the talented leadership and staff at ELI in the effort to promote sound law and policy solutions to tough environmental problems – both here at home and abroad." Mr. Fulton graduated from business school at the University of Massachusetts before attending law school at the University of South Carolina, after which he joined DOJ under the prestigious Attorney General’s Honors Program. Apart from his dedication to environmental protection, he is an accomplished singer/songwriter/performer and musical playwright. He has also been actively involved in a number of North-South sister community programs with communities in Central America.