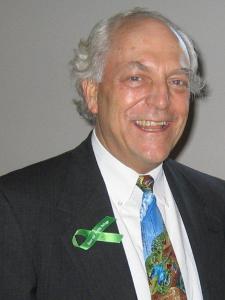 William H. Meadows served as President of The Wilderness Society from December, 1996 to May, 2012. He currently serves as an honorary member of the Governing Council and as Counselor, a senior program advisor for The Wilderness Society. Meadows has been active in conservation for over 40 years. He credits Earth Day, founded by late Senator Gaylord Nelson, as the catalyst for his involvement.

As president, he led a staff of 180 with headquarters in Washington, DC and nine regional offices; he acted as the key spokesperson and advocate for The Wilderness Society’s work on Capitol Hill and across the country.

Recognized as a national leader in public land conservation and wilderness preservation, Meadows has played an important role in the protection of national forest roadless areas, the Arctic National Wildlife Refuge, and America’s national monuments. During his tenure at The Wilderness Society, more than five million acres of Wilderness were added to the National Wilderness Preservation System. In retirement, he has continued his commitment to building partnerships and bringing new constituencies into the Wilderness movement — and believes that helping empower other groups is the key to success.

He is a past Chairman of the Green Group, the Campaign for America’s Wilderness, and the Partnership Project. He is currently on the boards of the League of Conservation Voters, Island Press, the Conservation Lands Foundation, the Environmental Law Institute, the Urban Libraries Council, and the Southern Appalachian Wilderness Stewards (SAWS).

Before becoming president of The Wilderness Society, Meadows worked for the Sierra Club where he provided oversight for a $100 million dollar fundraising campaign. Prior to the Sierra Club, he was Vice President for College Relations at Sweet Briar College in Virginia. Meadows holds two degrees from Vanderbilt University, a BA and a Masters in Higher Education Administration. He worked for Vanderbilt for twenty years, including sixteen years as Executive Director of the Alumni Association. Meadows was also active in the Nashville community where he served on the mayor’s committee for community excellence, the boards of the Tennessee Environmental Council and the League of Women Voters. He was a local, state and national volunteer leader for the Sierra Club and a founder and board member of the Environmental Action Fund, the predecessor to the Tennessee League of Conservation Voters.