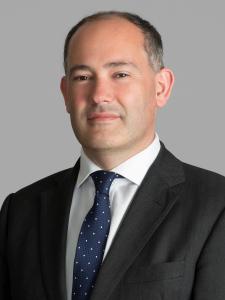 Paul Davies is a partner at Latham & Watkins, based in their London office and head of the European and Asian Environmental, Land & Resources Practice. Paul advises on the environmental aspects of corporate transactions in addition to a wide variety of other work, including the management of contaminated land, the insurance of environmental risk, climate change, health and safety, asbestos, and waste management issues. He regularly advises client on environmental health and safety; mergers and acquisitions; real estate; project finance and litigation and dispute resolution.

Paul is recognized as a Thought Leader for Environment by Who’s Who Legal: Thought Leaders 2017-2019, and was the only European lawyer named for the distinction from 2011 to 2017. He is also named a Recommended Global Leader for Environment by Who’s Who Legal 2019. He is described by clients in Chambers Global 2018 as “a well-respected practitioner,” and in Chambers UK 2015 as “the most commercial and deal-focused environmental lawyer in London.” Mr. Davies was named among Europe’s Top 10 Innovative Individuals for being “at the forefront for environmental law in Europe and Asia” and actively collaborating with environmental consultancies to “promote knowledge sharing” and to develop innovative products by FT Innovative Lawyers Report 2019.

Prior to his current role, Paul was a partner at Macfarlanes for 13 years and formerly the HSE Counsel, Eastern Operations at Schlumberger.

Paul lives in London with his wife and three children.