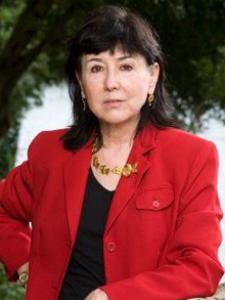 Pam Giblin recently joined the Climate Leadership Council as a Senior Policy Advisor, after 24 years as a partner at Baker Botts L.L.P., where she previously led the firm's environmental practice group. She has practiced environmental law since 1970 and has extensive experience in advising clients on a broad array of environmental issues. Her areas of expertise include permitting, acquisitions and enforcement under state and federal laws dealing with air, water and hazardous waste.

Ms. Giblin was president of the American College of Environmental Lawyers from 2014 - 2015. She previously served as a member of the Environmental Protection Agency's Clean Air Act Advisory Committee.

Her contribution to environmental law is widely cited. She is listed in the environmental law section of The Best Lawyers in America, 1989-2014; and was named a Texas Super Lawyer for 10 consecutive years. Chambers USA has also recognized her as a Star Individual in the field of environment from 2010 to 2013. Ms. Giblin is the first woman to receive the Distinguished Lawyer Award from the Travis County Bar Association.

As a child, Ms. Giblin lived in Latin America and she is fluent in Spanish. Her grandfather was one of the signers of the Mexican Constitution and was Mayor of Mexico City.