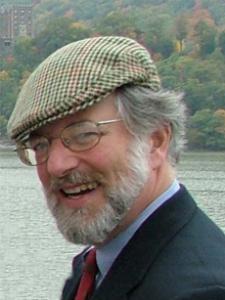 Nicholas A. Robinson specializes in comparative and international environmental law. He was Legal Advisor to the International Union for the Conservation of Nature (IUCN) from 1996-2004, and was an officer of the IUCN World Commission on Environmental law from 1978–2004. He served under five presidents as a US delegate to the bilateral environmental negotiations between the USA and USSR (1974-92), and thereafter was named to the Environmental & Social Advisory Committee to the European Bank for reconstruction & Development (EBRD). He has been an advisor to Singapore and other governments and intergovernmental organizations. He edited and published the traveaux préparatoires for the 1992 Earth Summit, Agenda 21 & The UNCED Proceedings. He was awarded the Elizabeth Haub Prize in Environmental Law in 1992. His study, “Evolved Norms – A Canon for the Anthropocene,” is the first exploration of socio-biology and law (C. Voigt, ed., Rule of law For Nature, CUP 2013).

In New York State, he was General Counsel and Deputy Commission of the NYS Department of environmental Conservation (1983-85), and thereafter chaired Gov. Mario Cuomo’s environmental advisory board. He previously chaired the NYS Freshwater Wetlands Appeals Board, after having authored New York’s wetlands legislation. In 1970-72 he served on the Legal Advisory Committee to the President’s Council on Environmental Quality. He was a participant in the 1969 Airlie House conference that preceded establishment of ELI, and has engaged with ELI throughout his career.