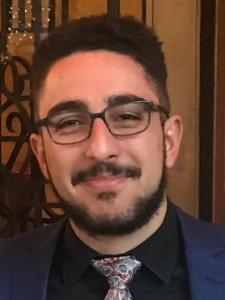 Nareg Kuyumjian is a recent graduate of Georgetown University’s Walsh School of Foreign service, where he concentrated in International Environmental Security and received a certificate in Eurasian, Russian, and Eastern European Studies. As an undergraduate, he focused his academic and research work on the role transboundary water and energy relations play in conflict and cooperation. Outside the classroom, he is engaged in the environmental movement through various forms of praxis including field organizing to ban single-use Styrofoam in California, researching and analyzing circular economy systems, and revitalizing the recycling program on campus. Nareg’s work in environmental policy has earned him a Udall Scholarship Honorable Mention, an Improving the Human Condition Grant, among other accolades. His research and analysis work draws from professional experiences at the American Council on Renewable Energy as a Policy Intern and at the Environmental Law Institute as a Research Intern. Alongside his environmental work, Nareg is heavily involved in his Armenian-American community both in Los Angeles, his hometown, and in Washington DC, primarily through the Armenian Youth Federation. He sees his Armenian identity as a grounding force, which informs both his problem-solving approach and spiritual understanding of the world.