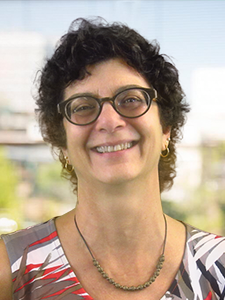 Loretta Reinersmann brings over 40 years of experience to ELI. She joined ELI in 2002 with the primary responsibility of raising federal and NGO funding for ELI’s research projects. Upon completing the requirements to become a CPA, Loretta became ELI’s Controller in 2009. She was promoted to Director of Finance and subsequently to Vice President of Finance & Administration. As a member of the senior management team Loretta designs and implements the systems needed to sustain and grow ELI over the next five to 10 years.

Prior to joining ELI, Loretta was the Director of Finance and Administration for a nonprofit focused on bringing building trade union pre-apprenticeship opportunities to public housing residents via a national welfare-to-work program. Loretta also provided grant and budgeting support to World Land Trust, US, and the Montgomery County (Md) Workforce Development Board.

Loretta has a B.A. in Political Science from the University of Maryland and a Certificate in Accounting from Montgomery College. She is a licensed CPA in the State of Maryland.