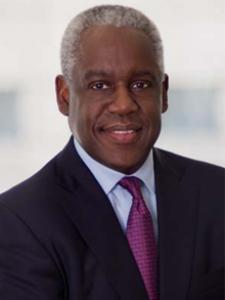 José R. Allen has extensive experience in complex litigation in federal and state courts and he has represented clients in a wide variety of cases. His litigation practice emphasizes environmental matters, toxic torts, securities issues, and the defense of companies accused of unfair business practices. Mr. Allen has represented numerous major public corporations in enforcement actions brought by federal and state agencies alleging violations of environmental laws. He also has defended major companies against suits under the Superfund law to recover cleanup costs and natural resource damages resulting from contaminated sites.

Mr. Allen also has considerable experience in international environmental matters. In 1999, he was nominated by the Secretary General of the United Nations to serve as a commissioner on the United Nations Compensation Commission, established to provide a mechanism for countries, businesses and individuals to obtain compensation from Iraq for damages suffered as a result of Iraq’s invasion and occupation of Kuwait in 1990. Mr. Allen served on a panel that has been responsible for hearing and resolving over $48 billion in claims by governments against Iraq for environmental and natural resource damages resulting from the war.

Mr. Allen was selected for inclusion in The Best Lawyers in America 2013. In 2011, California Lawyer magazine selected Mr. Allen as one of its Lawyers of the Year. He holds a J.D. from Boston College Law School and a B.A. from Yale University.