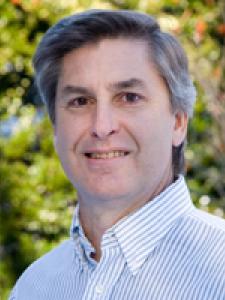 John Pendergrass leads the Research and Policy Division, which conducts legal and policy research and analyses of pressing environmental and natural resource issues in the U.S. and globally. He also leads the Institute's Educational Programs, numbering more than 100 each year, and the Institute's Publications Division, which produces the Environmental Law Reporter, the Environmental Forum, and books. He manages a staff of 35 lawyers, scientists, and other professionals, plus Visiting Scholars and other volunteers.

John has researched and written on a broad range of legal and policy issues focusing on what works in practice and how to improve the implementation of law. He was among the first to address improving legal and administrative mechanisms for protecting public health and the environment from the risks at contaminated sites where some hazardous substances are left in place. His research and writing on such institutional controls and long-term stewardship have led to changes in national policy and in the laws of many states. He has also written extensively about innovative state environmental and natural resource programs as well as federal preemption of state laws. He established ELI’s Judicial Education Program to educate judges throughout the world about environmental law. Since 1997, Pendergrass has been a member of the accreditation council overseeing environmental and other management systems certification bodies in the United States. He also is a past chair, and current vise chair, of the Greenhouse Gas Validation/Verification Accreditation Committee of the American National Standards Institute. Pendergrass has been with ELI since 1988.

“Reimagining the Future,” in Environmental Forum, July/August 2021 (with LeRoy Paddock).