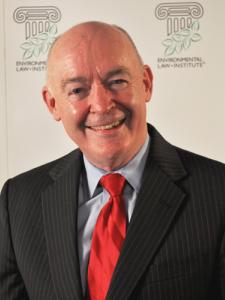 Prior to his current position at Beveridge & Diamond, Mr. Cruden was confirmed by the U.S. Senate in December 2014 as the Assistant Attorney General (AAG) for the Environment and Natural Resources Division (ENRD), U.S. Department of Justice. As Assistant Attorney General, ENRD, he worked on the most high-profile environment cases, and personally negotiated the multi-billion dollar resolutions of the Deepwater Horizon oil spill and the Volkswagen emissions scandal.

Mr. Cruden has a long history of public service at the Department of Justice and in the military. From 1991-1995 he was the Chief, Environmental Enforcement Section, ENRD and then from 1995 to 2011 a career Deputy Assistant Attorney General for ENRD.

Before joining the Department of Justice, Mr. Cruden was the Chief Legislative Counsel of the Army. After graduating from West Point, Mr. Cruden served in Airborne, Ranger, and Special Forces units in Germany and Vietnam. After law school, he attended the Army's Judge Advocate General's year- long Graduate Course, where he was named outstanding graduate, and simultaneously obtained his Master's degree from the University of Virginia in Government and Foreign Affairs. His subsequent military assignment include: criminal prosecutor in Germany and civil trial lawyer in the Pentagon; Chief of Litigation Branch, Europe; General Counsel, Defense Nuclear Agency; Staff Judge Advocate in Germany; and Director of Administrative and Civil Law, Judge Advocate General's School, Charlottesville, Virginia. His military education includes being a Fellow, Army War College, and the Command and General Staff College.

Mr. Cruden was the first government attorney to be elected and serve as the President of the District of Columbia Bar, the second largest bar in the nation. He was also the first government attorney to be selected as the Chairman of the American Bar Association's Section of Environment, Energy, and Natural Resources. He is a past member of the Board of the National Conference of Bar Presidents, the Board of the District of Columbia Bar Association, and the Judicial Conference of the District of Columbia Circuit's Standing Committee on Pro Bono Legal Services. John is a frequent lecturer for the American Bar Association and the American Law Institute and is listed in Who's Who in the World, Who's Who in America, and Who's Who in American Law. In 2007, he was listed by a national magazine as one of the top 500 lawyers in America. In 2014 he was named as a "Legend of the Bar," by the DC Bar.

He is also a volunteer swim coach for the Special Olympics and a past recipient of Fairfax County's Volunteer of the Year award for his work with mentally handicapped children. He is married and has two adult children.