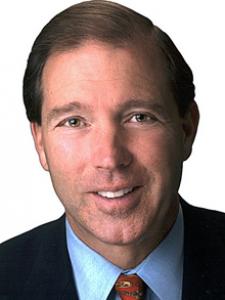 Tom Udall has served the people of New Mexico for more than two decades as a state Attorney General, Congressman and United States Senator. He has earned a reputation as a principled leader with the integrity to do what is right for New Mexico and the nation.

Throughout his career, Tom has been a champion for renewable energy, the environment and conservation efforts. In the House, he wrote and passed legislation to establish a national renewable electricity standard and introduced a bill to fight global warming. He continues work on these important areas in the Senate through his leadership on the Environment and Public Works (EPW) Committee.

Tom also carries on his longtime mission of helping shape the unique matters concerning Native Americans, including economic development, health, education and trust responsibilities, through his seat on the Indian Affairs Committee.

In addition to EPW and Indian Affairs, he also serves on the Senate committees on Appropriations, Foreign Relations, and Rules and Administration.

Tom is married to Jill Cooper and they have one grown daughter. In his spare time he enjoys tennis, fly-fishing, mountain climbing and staying involved in his community.