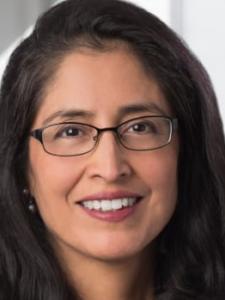 Hilary C. Tompkins has expansive experience in natural resources and environmental law at the highest levels of government. Most recently, she served in the presidentially appointed, Senate confirmed position of Solicitor for the U.S. Department of the Interior (DOI) – the agency responsible for the management and conservation of public lands, natural and wildlife resource programs, and the trustee for Native American tribes.

In that role, she led over 300 attorneys in 16 offices nationwide and acquired significant experience in onshore and offshore energy development (conventional and renewable), the administration of federal water projects, conservation and wildlife legal requirements, and public land law.

Hilary oversaw litigation in support of Interior decisions, including cases before the U.S. Supreme Court, and issued landmark legal opinions. Her accomplishments include development of legal reforms following Deepwater Horizon, the successful defense of the first renewables on public lands, and resolving complex disputes involving multi-stakeholder projects under the Endangered Species Act, the National Environmental Policy Act, the Migratory Bird Treaty Act, and the National Historic Preservation Act, among other statutes. Interior clients included the Bureau of Land Management, National Park Service, Fish and Wildlife Service, Bureau of Ocean Energy Management, and the Bureau of Reclamation.

Before serving as DOI Solicitor, Hilary was counsel to New Mexico's governor, acting as his chief legal adviser on all matters from appointment of judges and interpretation of constitutional authority to enactment of legislative initiatives. She was also a special assistant U.S. attorney in the Eastern District of New York. Hilary began her legal career as an honors program trial attorney in the Environment and Natural Resources Division of the U.S. Department of Justice, where she handled civil prosecutions in environmental cases nationwide. Hilary is an enrolled member of the Navajo Nation.