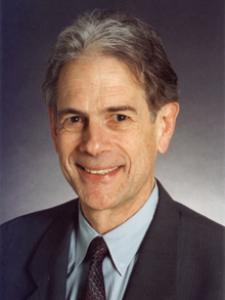 After graduating from Yale Law School and serving as a law clerk to then-retired Chief Justice Earl Warren at the U.S. Supreme Court, he co-founded the Natural Resources Defense Council where he served for seven years before being appointed Executive Director of the Council on Environmental Quality under President Carter.  After four years with the Council, he practiced law in San Francisco primarily with McCutchen, Doyle, Brown & Enersen and its successor firm, Bingham McCutchen, and is currently with Morgan Lewis.

He is a member of the Leadership Council of the Yale School of Forestry & Environmental Studies (2001 to the present) and of the Advisory Board of the UC Berkeley Law School Center for Law, Energy & the Environment (2007 to the present).

In 2010, he along with three other classmate co-founders of NRDC received the Yale Law School Association Award of Merit, the highest recognition given by the school to its graduates.  He was elected a fellow of the American College of Environmental Lawyers in 2011.

In 2015 the ABA Section of Environment, Energy, and Resources awarded him its Distinguished Achievement in Environmental Law and Policy Award