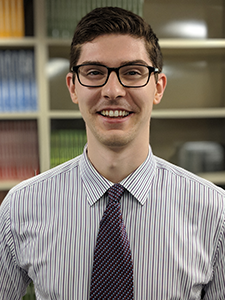 Chandler Randol serves as ELI’s Manager of Educational Programs. In this role, Chandler is responsible for delivering au courant programming in environmental law and policy to ELI’s members, environmental professionals, and the broader public.

Chandler is deeply passionate about climate change, environmental justice, and environmental economics. He is likely found lingering near a national park with his guitar and a good book.