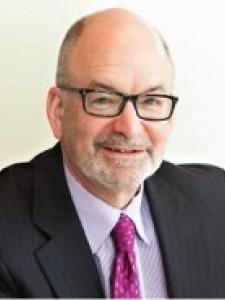 Brad Marten is Chairman of Marten Law, whose six offices advise clients on energy, environmental and public policy issues nationwide . Brad is consistently ranked by his peers as one of the nation’s top environmental lawyers and he is a Past President of the American College of Environmental Lawyers.

Brad is particularly well known for resolving natural resource disputes, including oil spill damages stemming from the 2010 Gulf oil spill and the 1989 Exxon Valdez spill in Alaska. He has worked with clients in nearly every sector of the economy across the country, including oil and gas, manufacturing, refining, transportation, food processing, agricultural, remediation, real estate, and financial services companies.

Brad is active in the environmental and legal community in his hometown of Seattle, WA. His firm sponsors a student internship with ELI, sending a second year law student from the University of Washington Law School to Washington, DC each summer. The firm also sponsors an Environmental Leadership program. Past Fellows have included former ELI President John Cruden and fellow ELI Board Member Benjamin Wilson.

Brad received his B.A. from Cornell, an M.A. from Yale, and his J.D. from Harvard Law School.